Was fascinated by psyche of a sole survivor living with guilt: Director Vijay Jayapal


Inspired by a plane crash, Jayapal wrote the psychological thriller Nirvana Inn, which is set to be premiered on Cinemapreneur on 11 December 2020.

Source: PR image
give your opinion

It was a report about a German co-pilot who deliberately crashed a passenger plane in 2015 that spurred Vijay Jayapal's curiosity. More than the story of the event, it was the psychology that fascinated the filmmaker.

"I started thinking what if this person had not died, what if he was the lone survivor and had to live with the baggage," the director said. What ensued was a frenzied 10-day writing session which culminated in the fascinating drama Nirvana Inn. Featuring Adil Hussain, Rajshri Deshpande and Sandhya Mridul, the film is set to premiere on Cinemapreneur on 11 December.

Having won the backing of the Asian Cinema Fund from the Busan International Film Festival, the film captures the external manifestation of the internal struggle of Jogi (Adil Hussain). 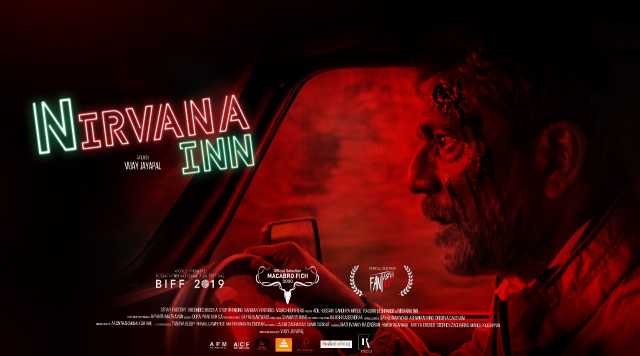 "The film is about one guy's guilt, and how it transforms his life into a real-time nightmare," Jayapal said. "I do like films like The Shining which delve into the psyche of the protagonist," he added.

Set in Manali, the film will be premiered on Cinemapreneur for 99 hours on 11 December.

You have spoken about being driven to write the film after reading about a German plane crash.

I was horrified, to say the least, when I first read it. I stumbled upon it on the Internet. How can someone do something like this? To kill oneself, and in the process kill others? It was terrible, but I was also fascinated by what drives someone to do something like that. Suicide in itself is a complicated thing. Here is someone who was caught up in this thought, and in the process took the lives of others. I was horrified and fascinated. Immediately, I started thinking: what if this person had not died. What if he was the sole survivor and had to live with the baggage?

Then, I moved away from this and worked on other scripts. But a few months later, I was in a resort with family and friends. It was an instinctive thing to write about the story there. It is very difficult to articulate. I was not fascinated by the accident itself, but the psyche of the person and what he was going through.

The story builds around the manifestation of his internal psychosis, rather than the supernatural. How difficult was it to articulate this visually?

It was challenging. The story is dramatic at its core, but I wanted subtle and understated visuals. The film is about a guy's guilt, and how it transforms his life into a real-time nightmare. It is mostly a first-person narrative, and we see what Jogi sees.

It was easy to write. It took only 10 days to write the script. Initially, I wasn't very sure about the rhythm, the tone, whether it should be a thriller or a drama or psychological horror film. Even while I was shooting the film, I was discovering it. It was very challenging since it is also an independent film with limited budgets. We had creative, physical, and psychological challenges.

The soundscape adds to the atmospherics and becomes an essential part of the experience. How did you decide on that?

It took us a long time, almost six months. We shot the film in 20 days, but post-production took us a year. Post-production is something I enjoy. You don't have any constraints or deadline. 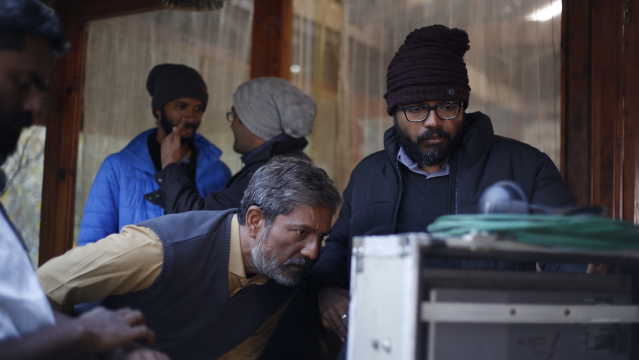 The soundscape was very tricky since this was not a drama or horror film or a thriller. It was somewhere in the middle as a genre. I am not a big fan of horror, regular horror films. I do like films like The Shining which delve into the psyche of the protagonist.

This is a film that has a lot of atmospheric elements. I have to give credit to my sound designer, who put in a lot of effort. I was like a nagging wife. I wanted music but did not want it to go overboard. It would have become manipulative. We were tempted to put in more music to satisfy the market forces, but I wanted to stay honest to myself and the film. The final post-production, sound mixing and grading were done in Korea.

We had applied for the Asian Cinema Fund from the Busan International Film Festival and won it. So I travelled to Seoul with my sound designer and we were there for four weeks. In fact, we did the grading for this film at a studio run by the guy who edited Bong Joon Ho's Snowpiercer.

I didn't know that and asked about it because I saw the poster of the film on the studio walls. He didn't grade the film, but it was his studio. Working with those technicians helped. I will give credit for the sound mixing to my designer Rajesh and my composer Shaman, who were integral to the process.

Were there any technical or stylistic differences in the way the Korean studio approached the process?

I don't know. One thing I found interesting is that their sensibility towards colours and sounds is unique. The working style remains the same. They work on the same technology. The technique is different.

I was particularly excited to do the post-production of this film in Korea because Korea is the land of genre films. The technique and the way they look at colours is different.

One common factor is that when it comes to independent films, the take on colour differs from mainstream cinema. Mainstream films have a tendency to have highly saturated colours and to make it very glossy. Here, the approach is to keep it subtle, not to go overboard. That remains similar.

Is there a specific reason why you set the film in Manali? The Bhaona folk dance of the Northeast adds to the imagery, but was the film supposed to be set in the hills from day one?

To be frank, this film was supposed to be made in Tamil and Malayalam. The original script was about a Kathakali dancer who goes to a far off place to face his demons. But when I wrote the script, the first name who came to mind to play the character was Adil Hussain. I wanted an actor who would bring in a lot of restraint to the performance. 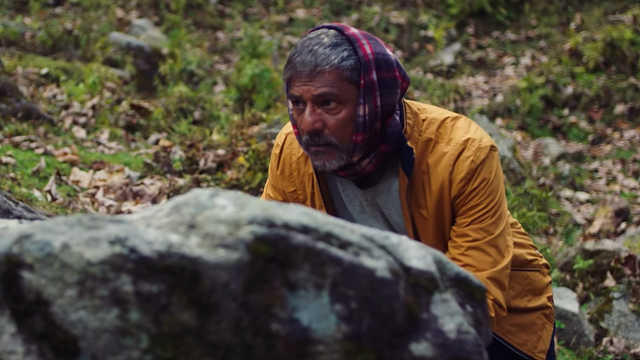 Once Adil da came on board, it became a Hindi film. But even if I had made it in Tamil or Malayalam, I would have shot the film in a remote place. He has to travel a lot of miles. Even if it was a Kathakali dancer, he could not have gone from Kerala to Tamil Nadu. He had to go to central India.

I was recceing a lot of places. We were looking at resorts in Madhya Pradesh, Maharashtra and Uttarakhand. The intention was not to set the film in Manali, but in the right place, which was Manali. I didn't want to shoot in Manali in the winter when it snows since that would have been caricaturish. I wanted to be there in autumn, with the greens and browns.

You spoke about the challenges of being an independent filmmaker. Has the growing prominence of OTT platforms helped improve your reach?

I am of a contrary view on this. I think the last seven months of the pandemic have shifted the dynamic of the OTT space of India. Of course, we have a lot of pay-per-view platforms on which to put your film and monetise. I am talking about subscription-based platforms across the world.

In the past three to four years, a lot of independent films were being bought by these platforms. A pay-per-view platform is very similar to a theatrical release. Subscription platforms have a minimum guarantee. When I sold my first film to Netflix [Revelations (2016)], OTTs were inclined towards a different kind of cinema.

With the pandemic, a lot of commercial films have now started coming into the traditional OTT space. It has become a numbers game, with subscriptions and viewership. When it becomes a numbers game, independent cinema, which is the anti-thesis of numbers, will be the most affected.

I feel this is becoming a little constraining for independent films. We are doing this premiere on Cinemapreneur, which is a pay-per-view platform. So the power is back with the audiences, who can pay if they want to watch.