Despite garnering rave reviews and international acclaim, the dedicated theatre artiste appeared only in a handful of memorable films.

Karuna Bannerjee was one of the few Bengali actresses who got so engrossed in her roles that her identity often became inseparable from that of her characters. She immortalized the long-suffering mother Sarbajaya in Satyajit Ray’s Pather Panchali (1955) and Aparajito (1956), with her nuanced portrayal in the second film earning her a Best Foreign Actress BAFTA award nomination in 1959.

Despite garnering rave reviews and international acclaim, the dedicated theatre artiste, born 101 years ago, appeared in just a handful of films. Apart from Ray’s Devi (1960) and Kanchanjungha (1962), in which she again played mother figures, she made a mark in Sombhu Mitra’s Shubha Bibaha (1959) and Mrinal Sen’s Interview (1971). Though she was hopeful of the eventual theatrical release of Ritwik Ghatak’s Kato Ajanare, it was, unfortunately, not to be. 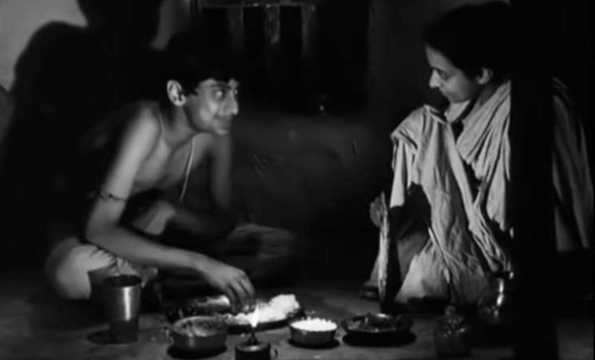 Born into a family of Indian National Congress loyalists on 25 December 1919, Karuna developed socialist leanings after getting married to Subrata Bannerjee, a close friend of Ray's. Subrata, a card-carrying member of the banned Communist Party of India (CPI), had been to jail, regularly attended leftist meetings and carried out relief work during the devastating Bengal Famine of 1943. Karuna accompanied him to meetings and gradually got introduced to the world of theatre.

She then acted in the plays Janantike and Sanket, written by poet, composer and playwright Salil Chowdhury; appeared as Charulata in a stage adaptation of Rabindranath Tagore’s Nashtanir (The Broken Nest); played Shailabala in the Nobel laureate's farce Chirakumar Sabha (The Bachelor's Club); and also earned critical acclaim for her performance as Rozina in Henrik Ibsen’s Ghosts and Nora Helmer in Doll’s House, under Utpal Dutt’s direction.

Though she was initially adamant about not stepping in front of the camera, impervious as she was to the lures of a glamorous career, working with Ray changed Bannerjee's views, leading to a rediscovery of herself.

Karuna Bannerjee was later inundated with offers from directors who had tasted success at the box office but she turned them down them wilfully. Writer Sudeshna Basu wrote in an Anandabazar Patrika newspaper article that Bannerjee was also happy to discover herself in a space distinct from the professional theatre scenario while actively participating in the Gananatya Andolan, an attempt by the radical Gananatya Sangha troupe to bring social and political theatre to rural villages in West Bengal in the 1940s.

Basu's article quotes Bannerjee as saying, “I am extremely fortunate to have got roles of my preference. Labanya in Kanchanjungha had the courage to break free of the wall of silence. Harasundari from Devi had the determination to stand against superstitions. Sarbajaya in Pather Panchali fought against acute poverty alone. In Aparajita, she [Sarbajaya] had the strength to accept the growing distance with her son. All these three characters are connected through their strong will power.”

In a video posted on a Facebook page dedicated to the legendary actor and noted Ray collaborator Rabi Ghosh, Bannerjee can be seen spilling her heart out about her transformative experience.

Film critic and author Amitava Akash Nag's book Satyajit Ray’s Heroes and Heroines contains a poignant quote by the actress that throws light on her insightful and intuitive approach: “I was absolutely overwhelmed by her [Sarbajaya's] personality. It all came naturally to me. Every word, every look and small movement, the deep attachment towards the alienated son, they all developed within me, as leaves grow outwards on the branch of a tree. Sounds poetic? But believe me, that is exactly how I felt whenever I had a chance to work with Manik [Ray]. Not a single turn of the character that I portrayed was forced, illogical, artificial.”

Apart from acting, Bannerjee often picked up the pen to document personal experiences and her tumultuous times. Her short story Lakshyabhed, published in Arani magazine in 1942, highlighted the terror and inhumanity that was the order of the day when Eastern India was under threat from the Japanese during World War II.

She also wrote of her struggles with her daughter when Subrata was imprisoned after the CPI was banned by the government in her short story Communister Meye (Daughter of a Communist), which was published in 1952. In all, she wrote 15 short stories and translated three more, along with an essay by Karl Marx.