The producer speaks about the historic Emmy win of the Netflix web-series, plans for the second season, and how COVID-19 has affected Film Karavan’s upcoming productions.

Last month, Delhi Crime made history as the first web-series from India to win an International Emmy award. The Netflix series is based on real-life events and took audiences back to the tension-filled days after the Nirbhaya gang-rape case in 2012 as the Delhi police tracked down the culprits.

Pooja Kohli Taneja, founder and managing director of Film Karavan, is one of the producers of the award-winning international show. She shared her thoughts on the Emmy win, the preparations in place for the second season which were stalled by the COVID-19 pandemic, and what the future looks like for film and series productions now. Excerpts:

Congratulations on the first ever International Emmy for India with Delhi Crime! How does it feel for the team to be honoured by the filmmaking community?

Thank you! It feels amazing. I'm really honoured and blessed to have won this award, not just because a lot of blood, sweat and commitment went into this project at a time when everyone else had passed it up. We believed that it would lend itself to an international audience, as the incident had not only shocked India, but had also shaken the world. It was a long, arduous fight that the parents took up as a call for justice.

Delhi Crime is an unflinching look at the aftermath of the Nirbhaya case of December 2012. When the show was released on Netflix, did you expect it to resonate so much with audiences?

We were all aware that nobody wanted to revisit the Delhi gang-rape incident and from the beginning we knew that Delhi Crime would not be about anything that we already knew. Nobody wanted to see or know that again. Instead, the show is about a very strong DCP, Chhaya Sharma, who has probably seen these kind of gruesome incidents on a daily basis in a city like Delhi. Yet, when she heard about this particular crime, she was also affected in the same way that anybody outside the police force was.

This incident stood out as something that made all of us question not just our society but the kind of humans that we have become. We took blessings from the parents of [the victim] before going on the floor. We worked extensively with the police. Richie [Mehta] had worked on this for about four years with deep research to make sure everything was authentically charted.

What was the experience of making Delhi Crime? How was the journey like for you?

The journey was absolutely enriching and joyous on many levels, but it was also a huge learning curve for us to get on the ground. To make a project like this and take the kind of risks that we had never taken before was quite daunting, but I think the people that came together to make this made it even more worthwhile, and I would do it again in a heartbeat.

Will there be a second season of the show? If so, will it also be based on a true story?

Definitely yes, filming of the second season of Delhi Crime had begun before the lockdown, but I really can't talk about it, except for telling you that we have some amazing stories coming up and the cast is returning with Shefali [Shah], Rasika [Dugal], Rajesh [Tailang] and Adil [Hussain], including our very amazing crew.

With theatres closed for much of the year, audiences have turned to digital platforms to view content. How do you see the demand for online content growing in India?

Pandemic aside, the growth of content viewing on OTT services is not something that can be stopped. This is already projected to grow multifold in the years to come. That is primarily a reason all of these services are lining up to come, launch here... the mobile penetration, the internet now that has come and is available for so many more people.... Along with the quality content there is something new for everyone. There are plenty of shows from abroad. There are some incredible local shows. So there is definitely a lot of consumption that we have already seen and in the pandemic it has multiplied. 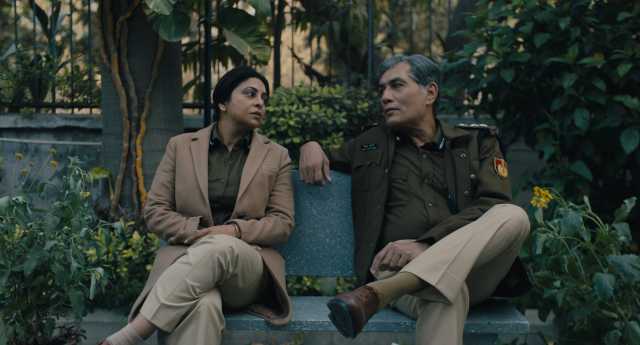 What other projects does Film Karavan have lined up?

We have been working on various other shows. The coronavirus lockdown has given a lot of people around the world the ability to focus on things that they have been wanting to develop and it has done the same for us. We are working on a youth drama and a period piece. We are also working on a bunch of other true crime shows that have come to us and we are looking at how to bring them out effectively for our audiences.

Have your plans been altered in any way by the pandemic? How has production been like on your future shows?

With regard to ongoing shows like Delhi Crime 2 and future shows, definitely the pandemic has put some pauses when it comes to production. That said, this time has given us a lot of opportunity to further develop, write and brainstorm things in the writer's room and otherwise. So, overall I think we will be more than ready when the world gets back to normal. We are making the most of this time.

There is the promise of the vaccine in many countries in 2021. Do you see filmmaking returning to its old ways, or has the pandemic changed it forever?