Veteran journalist Roshmila Bhattacharya's new book Matinee Men features interviews with stars taken at different stages of her and their careers. This extract details some of her exchanges with the late Irrfan Khan.

Irrfan could never stay down for long. Life, for him, was a roller coaster ride, its ups and downs pre-destined. A long time ago, he had learnt to surrender to his fate and enjoy the ride. He didn’t like people who were serious and out to change the world. He took the lows in his stride... and the highs too.

Angrezi Medium review: Irrfan Khan strikes the right notes in this emotional saga of a father and daughter

When Inferno beckoned, he did not dump Piku. When he bagged a National award, he didn’t go partying but quietly admitted that it felt good to have finally given the forgotten athlete Paan Singh Tomar his due recognition. When Ang Lee won the Oscar for Best Director for Life Of Pi, he was happy for him, but laughed that he was now being flooded with ‘father’ roles because Bollywood is always in a hurry to typecast you and didn’t know how to slot him. When he was honoured with the Padma Shri, he reacted with a modest ‘nice’. When he was a part of Slumdog Millionaire’s winning team, he skipped the Golden Globes because ‘my mother was waiting and I didn’t want to disappoint her’. Even after the Oscars, instead of staying back in Los Angeles and cultivating contacts like co-star Anil Kapoor, he flew straight back home to Paan Singh Tomar. 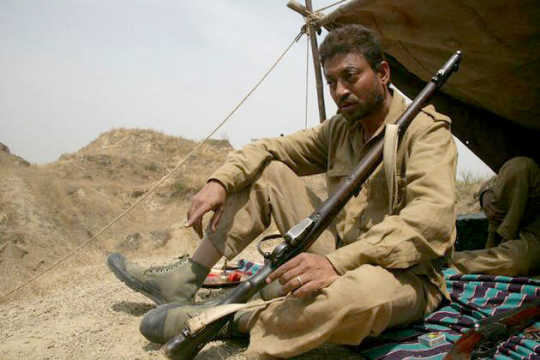 I remember on the night he was to fly to LA, I was surprised to see a text from him simply sending me an unknown number without any explanation. It was while I was watching Slumdog Millionaire sweep the Oscars, including the Best Picture, that I realized why Irrfan had shared his overseas number with me. I sent him a congratulatory message. No answer. I wasn’t really expecting one, so I wasn’t disappointed. Four hours later, he called to say that he had had enough parties for the night, he wanted to return home and hug his boys. ‘I miss them,’ he mumbled from his hotel room, admitting that the biggest high of the day had been having the kids from the movie jumping around director Danny Boyle, him and the rest of the team on stage during their winning moment. Also, that singer-composer AR Rahman and sound engineer Resul Pookutty had made history by winning three Oscars between them. The previous year, he had been in the running for the Oscar for Best Supporting Actor for The Namesake. He didn’t make it to the top five. Momentarily, he was disappointed, but then the sun came out again. ‘Live life with a smile,’ he would urge, his own smile lighting up his craggy face. And then, because he was Irrfan, he would tell me that he thought about death too. There was no fear; only a sense of wonder at the magical, almost mystical, process of living and dying.

He was living the life of his dreams when suddenly, in early 2018, death swung by. He was diagnosed with a neuroendocrine tumour. ‘Why now when his career is finally peaking? When he has the world at his feet?’ was my first thought. The diagnosis was not encouraging and the subsequent reports from friends were depressing. He wasn’t doing well, but he wasn’t ready to quit either. Once the initial shock that he had cancer had worn off, Irrfan staggered to his feet, changed his lifestyle, learnt to live in the moment with Sutapa, Babil and Ayaan, and with morphine shots to relieve the pain, even completed a movie.

Just before the release of Angrezi Medium (2020), I was approached by the film’s publicist for an interview. I almost jumped with joy. I hadn’t seen Irrfan in over two years and I was ready to go to the end of the earth to meet him. But this time a meeting was not an option. ‘A phoner then?’ I entreated. That, too, was impossible because he was too weak. ‘Send questions, he will reply with voice notes or dictate his answers to someone,’ I was assured.

For three days, I wondered what to ask. I had never gone to Irrfan with questions before. On the third day, I was in office when the publicist called, saying everyone else had sent their questions and they were only waiting for mine. I assured her that she would get mine too in the next hour. Then I went back to my computer terminal and wrote him a letter.

Excerpted from Matinee Men: A Journey Through Bollywood by Roshmila Bhattacharya with permission from Rupa Publications. Click here to buy your copy.