The accident left three dead and 10 injured when a crane with heavy-duty light came crashing down.

Following the ghastly accident on the sets on Kamal Haasan’s Indian 2 in February, actor Kamal Haasan, filmmaker Shankar, and Lyca Productions have given Rs1 crore each to the families of the deceased.

The accident left three dead and 10 injured when a crane with heavy-duty light came crashing down. Kamal Haasan and Kajal Aggarwal were on the set and missed being crushed by the crane by a whisker.

Post this incident; the team announced an aid of Rs. 1 crore each to the family of the deceased. The cheques were handed over on Thursday to the family members in the presence Film Employees Federation of South India (FEFSI) president RK Selvamani. 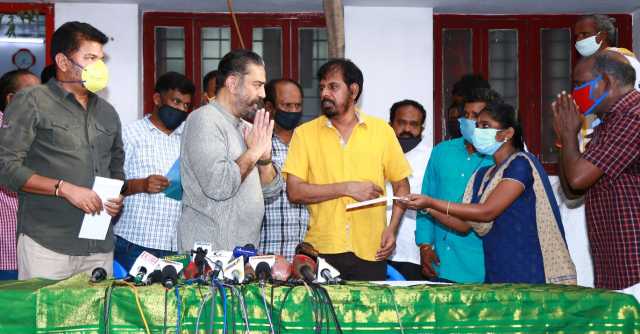 Speaking at the press meet organized to hand over the cheques, Haasan said: We should ensure that another mishap like this doesn’t happen. As actor and director, we could help the families that were affected by this incident, but I want to appreciate the producers for rising to the occasion and offering help. 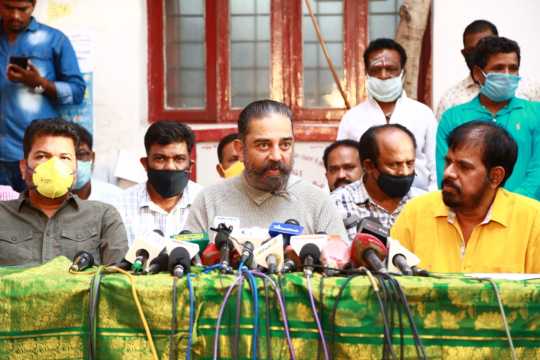 The team recently completed the second schedule after canning an action sequence worth Rs40 crore in Bhopal, Madhya Pradesh. National award-winning stunt choreographer Peter Hein was roped in to oversee this action episode.

The first poster of Indian 2, which marks Haasan's reunion with Shankar after two decades, was unveiled on the occasion of Pongal last year. After wrapping up major shooting portion in India, the team plans to travel to Taiwan to shoot key scenes of the movie.