Film historian Zafar Aabid Balani recounts his experience of watching a preview of the iconic film with the star seated right behind him.

To call Mughal-e-Azam (1960) just a film would be like calling Sachin Tendulkar just a cricketer or Mohandas Karamchand Gandhi just a leader. K Asif’s cinematic monument to love continues to captivate the hearts and minds of cine-lovers.

The story of the making of Asif’s magnum opus is as fascinating as the plotline of any blockbuster. Although the subject matter of the film was seen several times on the big screen, Asif's was to be the definitive version of the tragic love between a prince and a courtesan.

The first film adaptation of the story of Anarkali, written as a play by Imtiaz Ali Taj in the style of the great romances, was the big-budget silent film The Loves Of A Mughal Prince (1928) directed by Prafulla and Charu Roy, where Charu Roy played Salim to Seeta Devi’s Anarkali.

The same year, Imperial Studios made Anarkali, starring Sulochana (Ruby Myers), which became a bigger success. The film was remade in 1935, followed by another version in 1953 that starred Pradeep Kumar and Bina Rai as Salim and Anarkali.

But it was K Asif’s version of the story that brought alive the story of young love amidst the grandeur of the Mughal era.

When Asif started conceptualizing the film around 1946, he cast DK Sapru and Nargis in the lead roles, with Chandra Mohan cast as Akbar the Great. The Partition of India in 1947 created much upheaval, followed by the death of Chandra Mohan in 1949, and the film got shelved.

When Asif restarted the project in 1951, he cast Dilip Kumar as Salim and Nargis turned down the role of Anarkali. After searching high and low, an advertisement was issued in the weekly film magazine Screen announcing the hunt for Anarkali and asking aspiring girls to send their photographs and try their luck.

It is reported that Nutan was selected for the role but she turned it down saying that only Nargis or Madhubala could do justice to it. Madhubala herself approached Asif, being interested in the role, and finally the director found his Anarkali while the actress got the most memorable role of her tragically short life.

Prior to the film's release, the director held several press shows, inviting film critics to watch the much anticipated film. One such screening was a preview of the film for cast and crew members and a select audience.

Film historian Zafar Aabid Balani was a schoolboy at the time in the newly formed state of Gujarat and would come to Bombay in the summer to spend the vacation at his uncle’s house. In Gujarat, he would not get much opportunity in those days to watch films and so he eagerly looked forward to his visits to the theatres in Bombay.

The boy's uncle, MC Bhagat, was an advocate who counted some film stars among his clients and so he would get invited to several premiere shows and film events. One such was the preview of Mughal-e-Azam and Bhagat took his film-crazy nephew along for the show.

Recounting the experience, Balani said, “He took me to see the film, the screening was somewhere near Dadar-Mahim, I don’t remember the place now. Madhubala would not attend film premieres and so producers would sometimes organize preview shows for her. We went to one such show.

“In the interval, the producers and distributors would invite the entire gang [the cast and crew in attendance] on the stage and they would all say something about the film. So, as soon as the interval happened, people started to get up.

"So we also got up and since there were many people there, I sort of bumped into Madhubala! I looked up at her and said to my uncle, 'Anarkali is here.' My uncle replied, 'Yes, she is Madhubala, she is a film star.' 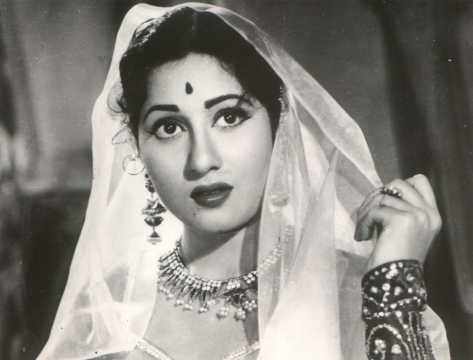 "She might have gone towards the stage [to join the rest of the cast and crew], but we left during the interval…My uncle was in a hurry and had come there only on my insistence. So, I got to watch only half the film there with Madhubala sitting behind me!”

Continuing his recollection, Balani said, “I don’t remember the colour of her saree exactly but I think it was a light grey georgette saree and she had her hair open. She was looking like a fairy and very different from Anarkali. She looked very modern, almost like [the Hollywood star] Marilyn Monroe. As a boy, I couldn’t quite fathom how this person, who looked so different in front of me, could be Anarkali from the screen.”

While many believe that Madhubala never did get to watch her most memorable film, Zafar Balani disagrees. “After 30 years, when I met Madhubala’s sister, she said my sister didn’t even get to watch the premiere of Mughal-e-Azam and this was written about widely as well, but I told her she was wrong because I had seen her at the preview.”

Zafar Aabid Balani finally got to watch the complete film on 9 August at the iconic Maratha Mandir cinema near Bombay Central. The theatre was decked up in the most resplendent manner. The release of the film was an event in itself.

“The theatre was decked up in a grand manner, and an entire lane had been decked up outside the theatre very beautifully, using objects from the sets," the film historian recalled. "There were statues made of plaster of Paris of the stars there too. I had never seen a ticket with a picture of the film either, before Mughal-e-Azam.” 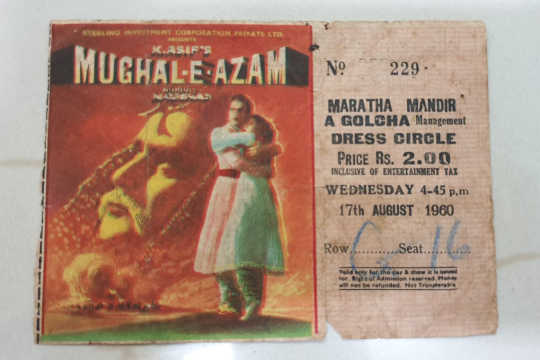 It was K Asif’s unbridled ambition and faith in his film that did not allow him to despair even when the initial response was not encouraging. The film took about a week to pick up and went on to become one of the highest grossers of all time in Indian cinema. It was a huge vindication for a filmmaker who had brooked no compromise in making his magnum opus.

The film went on to create history and Balani feels blessed for being a small part of it. “I was so lucky to see half of Mughal-e-Azam with Madhubala sitting behind me!" he said. "This was the greatest thing that happened in my life.”

Mughal-e-Azam was not a film, it remains an incomparable event in film history.

Zafar Aabid Balani is a film historian, collector and author of Sadabahar Cinema: Golden Era of Cinema. For more information on and from him, visit http://dastaan-thememoirs.com/