Actor Sandeep Kulkarni, who played the lead in Kamat's directorial debut, recalls the filmmaker with whom he shared a deep personal bond.

Kulkarni said the filmmaker was a close friend, a man with whom he shared a deep personal bond. “It’s a big loss to me personally," he said. "He was a brilliant filmmaker. But in his formative days, before he had even made Dombivali Fast, we were friends and used to share things related to cinema. We did a television series Police Files and then cinema became our major connection.”

That TV serial paved the way for their collaboration on Dombivali Fast. “There was an unspoken pact between us that I would work in his first film," Kulkarni revealed. "Luckily, my film Shwaas (2004) became a rage and went to the Oscars. So that gave us a favourable situation to make Dombivali Fast. At that time no actor got that kind of a role. I was privileged to get it." 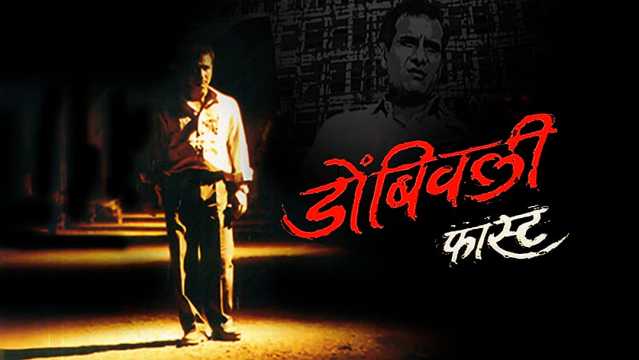 Dombivali Fast saw Kulkarni play a bank employee named Madhav Apte. The character works in a bank in south Mumbai and stays in distant Dombivali, leading a humdrum life and travelling to and fro by the Dombivali fast local train.

But in his routine life, Apte starts getting troubled by the sorry state of the 'system'. When it becomes too much, he takes matters in his own hands, which in turn clouds his future.

Kulkarni said that for a year and a half, the film's story grew with them. “It was just a one-line story," he said. "Then it became a first draft which he shared with me. Then I gave my inputs on how a common man would be. So I also grew with the film. It was a journey of two and a half years from conception of the film till the awards it got.”

Although the film became a runaway success, it wasn’t easy for the team to get the project on the floors. “It took us a year to find a producer as it was a challenging subject. In those days it was a different kind of film and a little higher on the budget also for Marathi cinema. But we were insistent that we should get a proper producer to back this film and we finally got one,” said Kulkarni.

Speaking of the clarity of Kamat’s vision in his first film itself, Kulkarni said, “Because he was a very good technician and editor himself, he had shot and edited the film in his mind. He could see the film. He was relaxed and fun to work with. He was at times sensitive on sets but after shots he was fun. He was a pal. He was never only a director for me and for many others."

However, Kamat was not very expressive as a person. Asked how the director felt about the success of his debut project, Kulkarni said, “On the face of it, he was very balanced. But many a time I could see those eyes moisten. I could see it in him because I have seen the intensity, the journey and the way the film happened. I have a different kind of intense feeling towards him. It’s not like just a friend. I can’t forget those days and those moments.”

Kamat had a tough time in the initial phase, which Kulkarni has witnessed. “Those days he had an account at DP’s restaurant near Ruia college [in central Mumbai where Kamat studied and used to hang out]. I have been a part of that group many times. Whenever he got an award, he would go there before going home,” said Kulkarni.