The third-generation actor from the first family of Hindi cinema was well aware of his privileged background, but he never let that stop him from doing his job with utmost sincerity.

Hardly had the Hindi film industry even mourned the sudden and untimely death of actor Irrfan Khan than another harsh blow was dealt immediately after with the death of veteran actor Rishi Kapoor. The two actors had worked together in D-Day (2013) directed by Nikkhil Advani. And the 24 hours between the morning of 29 April and the morning of 30 April seemed like D-Day for the industry they were both such important parts of.

With Irrfan Khan, we lost an immeasurable natural talent. With Kapoor, we have lost a star who adapted and evolved with each passing decade.

Hailing from film royalty (his grandfather was the legendary stage and film actor Prithiviraj Kapoor and his father the actor-filmmaker Raj Kapoor), Rishi Kapoor managed to carve out his own space apart from that of his more illustrious family members. Born on 4 September 1952 in Mumbai, Rishi Kapoor seemed destined for the arc lights. He acknowledged as much in his aptly titled biography Khullam Khulla with Meena Iyer. Rishi stated, “Acting was in my blood and there was simply no escaping it.”

He made his first screen appearance with older siblings Randhir and Ritu in the evergreen 'Pyar Hua Ikrar Hua Hai' song from Raj Kapoor's Shree 420 (1955) where, famously, Nargis bribed the two-year-old with Cadbury chocolates during retakes. Rishi grew up watching his famous grandfather and father in action and later made his acting debut at 16 as the young Raju in his father’s magnum opus Mera Naam Joker (1970). He received the National award for Best Child Artist for his performance. 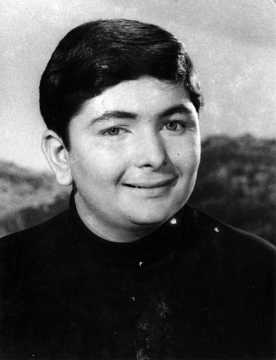 It was a very different Rishi, however, that stole the country's heart with Bobby (1973), a love story with Dimple Kapadia, directed by his father. The film, one of the biggest hits that year, launched him as a romantic hero with a reign that lasted well into the 1990s, when he eventually segued into a second coming as an actor.

Rishi Kapoor “came at a time when screen romance was about love and not obsession. For schoolgirls and undergraduates in the seventies and early eighties he was a romantic icon, the ultimate ladies man. He symbolized a sense of masti and youthful energy, not to forget those magic dancing feet,” wrote Madhu Jain in the book The Kapoors: The First Family of Indian Cinema.

The youthful hero worked with nearly 30 new actresses in films, from Dimple to Divya Bharti. After the late 1990s, after he was criticized for his wardrobe and his fitness (or lack of it), he gracefully moved on to playing father and senior citizen.

Though at the start of his career, arriving in an era when both Rajesh Khanna and Amitabh Bachchan reigned supreme, the young Rishi persevered and held his own even through flops like Zehreela Insaan (1974). His pairing with his co-star in that film, Neetu Singh, caught fire with hits like Khel Khel Mein (1975), Rafoo Chakkar (1975) and Kabhi Kabhie (1976).

The beloved couple, both on and off screen, were married on 22 January 1980 and had two children, daughter Riddhima and son Ranbir, who followed his parents into acting. After marriage, Neetu Kapoor took a break, but the couple was reunited on screen with Love Aaj Kal (2009), Do Dooni Chaar (2010) and Jab Tak Hai Jaan (2012). In Besharam (2013), they acted together with son Ranbir.

“The two phases of my career have mirrored the reality of my life as it was and is — the early, young and brash actor who had it all, and now the more grounded family man who wants to give it his all and is lucky to be able to do that,” Rishi said in Khullam Khulla.

Even in multi-starrers like Amar Akbar Anthony (1977), Rishi Kapoor stood out. He often shared the screen with Amitabh Bachchan, where their performances bounced off each other. In their last film together, 102 Not Out (2018), Rishi was restrained and poignant as a dour widower. Both he and Bachchan had hit their stride in their second innings as actors, and were often busier and more in demand than many of their younger colleagues.

Despite his romantic hero image, there was a fierce intensity in Rishi Kapoor that was evident in films like Laila Manju (1976), Doosra Aadmi (1977), Karz (1980) and Prem Rog (1982). This served him well later in his career when he got to portray more character-driven roles and relished even the negative parts in Agneepath (2012) and D-Day (2013).

Recently, in Anubhav Sinha’s Mulk (2018), Rishi Kapoor delivered a sincere but effective speech, full of rage and helplessness as an accused in a terrorist trial. The actor was up for any role; he played a version of himself in Chintu Ji (2009) and was absolutely fantastic as a typical filmi producer Romi Rolly in Zoya Akhtar's Luck By Chance (2009). In Kapoor & Sons (2016), he played an inappropriate 90-year-old who longs to reunite his broken family.

Like his brothers, Rishi, too, directed a film for the legendary RK Films banner, Aa Ab Laut Chalen (1999). The film, starring Akshaye Khanna, Aishwarya Rai and Rajesh Khanna, was shot in the US and became the last production of RK Films.

A third-generation actor, Rishi was well aware of his privilege. “I count myself among the wealthiest actors in Hindi cinema, not in terms of money but because of my incredible legacy," he said in Khullam Khulla. "My inheritance does not include only the Kapoor legacy but also the great privilege of knowing huge marquee names, across several eras, stars most people have only admired from a distance.”

Even after he returned to India last September after his treatment for leukaemia was completed in New York, he signed on for two more films, Sharmaji Namkeen with Juhi Chawla and the official remake of the Hollywood film The Intern (2015) with Deepika Padukone that was slated for release next year. The fate of those two films remains uncertain now. 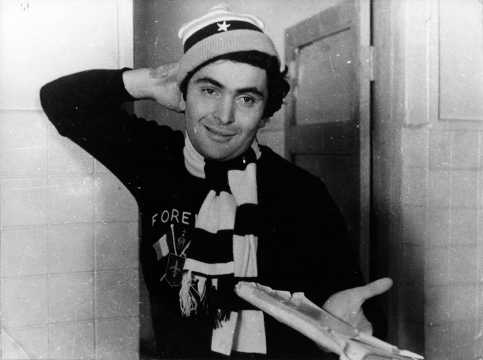 A prolific and relentless actor who had been on screen for 47 years, Rishi Kapoor has remained a favourite actor across generations of film fans and artistes. The actor himself was most proud of his performances in his musical numbers where he poured in his passion to make audiences believe he was the one actually singing and playing those instruments in films like Zamaane Ko Dikhana Hai (1981) and Saagar (1985).

A man with a ready opinion on many things, the actor was also brutally honest and unapologetic about his views. “I wanted to be remembered as an actor who did his job with utmost sincerity,” he said at the end of Khullam Khulla. It’s safe to say his legacy will be much, much more than that. Rest in peace, Chintuji.

Correction, 4 May 2020: An earlier version of this obituary had mentioned that the remake of The Intern (2015) was due to be released last year. It was actually slated for release next year.