A passion for food, acting, and a laugh with friends: Director Habib Faisal remembers 'Mr Duggal'


Faisal made his directorial debut with Rishi Kapoor and Neetu Singh playing Mr and Mrs Duggal in the lovely Do Dooni Chaar (2010).

Director Habib Faisal remembers Rishi Kapoor, who died in Mumbai today, as a man passionate about acting, food and friends and believes we should celebrate his life rather than mourn his death.

"I would say with someone like Rishi Kapoor and Irrfan [Khan, who died just the previous day], the kind of people they are, we should celebrate their lives," the filmmaker told Cinestaan.com on the telephone. "They have given so much to so many people. Of course, he could have done many many more interesting characters. He had rediscovered a new side of him, not driven entirely by romantic stories. He felt liberated and enjoyed it." 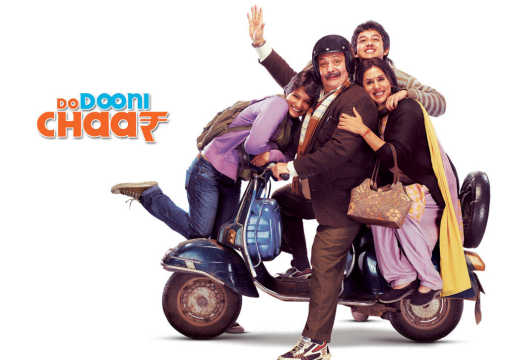 Do Dooni Chaar marked Faisal's debut as a director. Set in the heart of middle-class Delhi, the film revolved around the Duggals whose grumpy, lovable head was Rishi Kapoor's Mr Duggal. The film won the National award for Best Film in 2010 and marked one of Rishi Kapoor's finer, more subtle performances.

Remembering the actor, the director said, "Rishi Kapoor had always been very passionate about acting. The passion you could see in anything and everything he had done. The worst of the scripts, if he would be there on the screen, there would be 100% dedication to the character."

The film, Faisal said, was a new experiment of middle-class cinema "done with mainstream grammar". Even though it had a rank newcomer as writer-director, Kapoor fell in love with the script. Faisal said, "I was making my first film. I am not from Mumbai or the film industry. I had written some films, but we are talking in 2009. This was the early days for middle-class cinema, which was done with mainstream grammar. I wanted to show it as real, but not as a niche film. Here was this rank newcomer going to this star. And he [Kapoor] had no qualms meeting me, and was excited by the germ of the story." 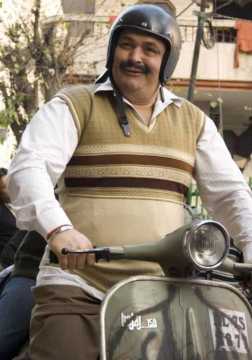 This love came from Kapoor's own love of regaling people with stories, Faisal believes. "He loved telling stories," he said. Remembering the actor's prep to get into character, Faisal said, "He admitted 'I don't know this world, and I will submit completely to you. What I know is that there is an emotion and a relationship that I relate to. I can see the relationship of the character with his sister, exactly as my own relationship with my younger sister.' Then, he started telling me stories about himself and his sister, and their little quarrels as siblings.

"He was so in love with the character of Duggalji. I remember when the film had to be dubbed, those were days when doing synch sound was fairly expensive. Rishiji belonged to a generation that loved doing re-recordings. When the dubbing got over, he said, 'Oh man, I am going to miss this Duggal. I love this guy'."

Another thing about the regal Kapoor that the director cannot forget is his generosity and camaraderie. "Rishi Kapoor never let anybody feel that we are all doing our first films," he said. "Not once! He was always playing practical jokes."

Coming from the legendary Kapoor clan, the actor's love for food remains one of Faisal's lasting memories. "Every mohalla we shot in, while we were setting up, he would be making friends. We were shooting in winter and Delhi has a lot of winter food. He was a foodie, but that did not mean just eating. When we met in New York, he would take me to the best Italian restaurant. But he loved the local home-cooked Punjabi food so much. He made friends with everyone, and there would be lunch sent from homes of Lajpat Nagar. Those guys will be the ones who would remember him so much," the director said.

The only regret Faisal has is never having worked with Rishi Kapoor again, "Even last year, while he was in New York, I would call him to ask about his health, and he would say, 'Jaldi aa raha hoon. Tu script likhna shuru kar. [Am coming back soon. You start writing the script.] By the time I come back it should be ready.' Although something I am writing right now... my plan was to go to him." 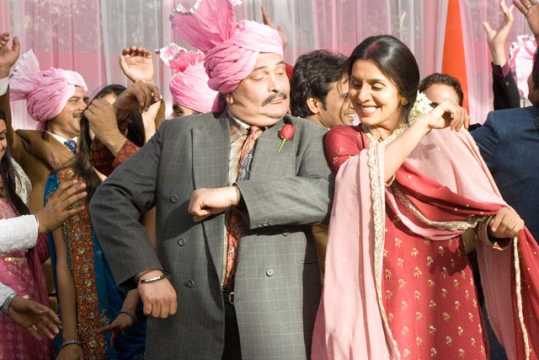 Through it all was the love between the actor and his wife Neetu Kapoor. Faisal remarked, "Neetu ma'am is such an amazing pillar of strength. It was so evident. At times, he would get grumpy. There was a wedding the Duggals attend and I wanted to relive the memories of Rishi Kapoor and Neetu Singh dances. Through their films Khel Khel Mein (1975) and Kabhi Kabhie (1976), they never made it look like it was choreographed. They were both good dancers. I wanted a resonance of that. Rishi Kapoor was quite grumpy on that day. In these situations, Neetu ma'm was my person to go to. Even in the scene, she just forces him to dance. He would sweetly play along."

As Faisal said, it is important to remember the joy and passion Rishi Kapoor brought to people around him. "In that sense, he was passionate about acting, food, and a good laugh with friends," he said, "in whichever order you juggle them depending on the day."