Author Aseem Chhabra, in this edited excerpt from his book Irrfan Khan: The Man, The Dreamer, The Star, reveals how the late actor landed and then missed out on his first role in the Oscar-nominated film.

[Mira Nair] dropped into classes randomly, hoping to recruit young actors who could mingle with street children she had planned to cast in Salaam Bombay. One day she went to a basement workshop, and that is where she spotted Irrfan Khan.

‘Immediately,’ Mira says. ‘I have an eye for this, but I also noticed his focus, his intensity, his very remarkable look—his hooded eyes. I clocked him. I didn’t speak to him.’ Next day Mira returned to NSD to observe Irrfan again. This time she spoke to him and asked him if he wanted to be a part of a theatre workshop that would lead to a role in Salaam Bombay. Irrfan was twenty years old at that time and he immediately said yes. This is what had brought Irrfan to Delhi, the dream, the hope that one day, he would act in films in Bombay. 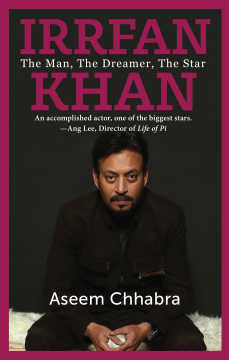 There was no question in Mira’s mind of not casting Irrfan. But when the director and her team started finalizing the kids, they realized something they had not thought about. Because of malnourishment, the kids were short, some barely reaching Mira’s torso. As the cameras were brought in and test shots were done, Irrfan, at 6 feet 1 inch, seemed like an odd man around the street children. His build, and the nourishment he had received in a middle-class family, made him stand out. ‘The rest of them were undernourished, wizened little children,’ Mira says.

[Cinematographer] Sandi Sissel also pointed out that Irrfan looked so much older and taller than the other kids. Sooni [Taraporevala] recalls Sandi feeling that Irrfan would not seem like a kid and they would appear as a gang of juvenile delinquents, rather than street kids.

‘So I had to uncast him and I made the very difficult decision just two days before the shoot,’ Mira says. ‘He heard me and totally understood it. And I told him, “Irrfanbhai, ek hi scene bacha hai [there is only one small scene left to be cast], the letter scribe one, which is a beautiful scene by itself.” Sooni had written a whole story in one scene. I said, “Yeh kar dijiye abhi [please do this for now], but I owe you.” He knew this and I kept my word.’ 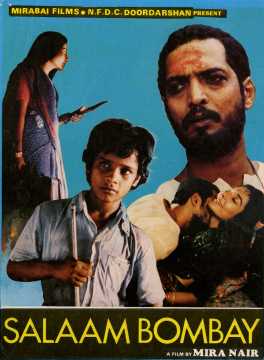 Irrfan would work again with Mira, although not as soon as they had both expected. In 2007, Mira cast him as a married, closeted gay man in the short, Migration, one of four AIDS Jaago films she had produced for the Bill and Melinda Gates Foundation. Irrfan also played the lead opposite Natalie Portman in another short Nair directed for the anthology, New York, I Love You (2008). And, of course, she gave him the plum role of Ashoke Ganguli — by all counts the best performance of Irrfan’s career — in The Namesake (2006).

Mira felt that Irrfan understood the reason for not getting cast in Salaam Bombay, but even so, he was bitterly disappointed. ‘I comforted him by saying something clichéd, like “One door closes, another opens”, Sooni Taraporevala says. ‘But I did sincerely mean that, since I knew something else would come up for him. Unfortunately for him, it was a long time before something came along.’

And in an interview Irrfan said, ‘I remember sobbing all night when Mira told me that my part was reduced to merely nothing. But it changed something within me. I was prepared for anything after that.’

He had spent two months in Bombay and had gotten close to the kids. He was still at NSD and life had seemed so uncertain. Suddenly, out of nowhere, a big opportunity came his way. And just when he had begun to enjoy the process and gotten involved with the team, he was told his time was up and he had to leave. It must have also been very difficult to come back to NSD and face his classmates. Surely some of them were envious of the opportunity Irrfan had been presented with. Now Irrfan would have to face them all.

The clip for the short scene with Irrfan in Salaam Bombay is available on YouTube. Indeed it is a lovely scene where the film’s protagonist, young Krishna (Shafiq Syed), comes to Irrfan, a letter-writer sitting on a sidewalk in Bombay. Krishna has already narrated most of the letter addressed to his mother — how he got lost, landed in Bombay and now works as a helper at a tea stall. And then suddenly, with his wide eyes that reveal months of sadness living as a street kid, Krishna says, ‘Sone ke time teri bahut yaad aati hai [I remember you a lot when I go to sleep].’ Irrfan’s letter-writer says, ‘Bas, bas, dus line ho gaya hai. Aage likhne ka pachas paise extra lagega [Enough, enough, ten lines are done. I will charge 50 paise extra for writing more].’

When Krishna realizes he does not know his exact address, Irrfan’s letter-writer rebukes him. Krishna walks away feeling dejected, while the letter-writer crumples the paper and tosses it into the garbage. We do not like the letter-writer, but this last action is what makes Irrfan’s brief role stand out.

Excerpted from Irrfan Khan: The Man, The Dreamer, The Star by Aseem Chhabra with permission from Rupa Publications.