Web-series and TV serials will influence each other, says Sukesh Motwani of Bodhi Tree Multimedia


Motwani and Mautik Tolia's production house has recently come up with web-series like Marzi and The Raikar Case.

In these days of being cooped up at home, television shows and web-series have come to the rescue of film fans. These are the two entertainment formats in which Bodhi Tree Multimedia has a strong body of work.

In an interview with Cinestaan.com, Motwani shared their thoughts behind starting the production house and his views on television serials, web-series and their future in the ever-changing world of entertainment. Excerpts:

What was the aim when you started Bodhi Tree Multimedia?

I and Moutik had been in broadcasting and production and we are also writers at heart. I worked once in programming at Zee and he had written a lot of shows. So we have been creative directors for a long time. So this is a natural extension for somebody who is a combination of writer, programmer and creative director. To have these skills and to understand the aspect of production, your immediate need is how do I create a sacred place where we can create ideas, stories and see them through to the end.

All these things can happen only when you have a creative production company. So that’s what we set out to do. There was also the aim of getting into films, which is our next step [with Shree Devi Phataka].

What do you look at while green-signalling any project?

Why do you like certain kinds of novels, fiction or TV shows or cinema is a very tough question to answer. All the shows we have done are deeply human. The shows we do aren’t pure saas-bahu shows. As TV was our breeding ground, it has given us the most work. Today we are getting work in the digital space as well. So I think we are the only company that does TV shows and OTT shows, except for one or two companies doing non-fiction shows. There is [also] Ekta [Kapoor], but she has her own platform.

The kind of heroines or kind of characters we look for in telling our stories, be it in TV or on OTT, are the ones who push their boundaries. You have to push the boundary to what is called morally acceptable. Be it Marzi or Naati Pinky Ki Lambi Love Story that we are doing for Colors, you need to think what is the boundary for a GEC [general entertainment channel] viewer and how much can you push. Obviously, in OTT you are exposing yourself to a viewer who is far more ready to be challenged.

For example, we did a show on women's fantasies back in 2015 for MTV called The Big F. A lot of people thought we were making vulgar content, but it was actually about liberating younger women.

Do you think the popularity of OTT platforms could prove a threat for television serials?

Threat is not the word I would use. I would use ‘influence’. Both things will influence each other. Content is content. It doesn’t matter how it plays out. I feel TV shows have to become more pacy overall. And they have to understand the value of giving the viewer quicker gratification. Even if our characters are working, we can’t take the audience for a ride. Along with gimmicks we need actual moments. Only gimmicks won’t do. 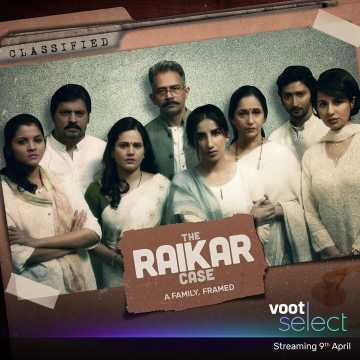 What web has to learn from TV is the TV grammar. Successful TV shows in the past have actually been binge-worthy. So, even though their audience and expectations are different right now, as we are exposed to international stuff, we are pushing literally in that direction on how to match the grammar of eight or 10 episodes.

As producers how do you keep tabs on whether a project is going over-budget?

That’s a part of the business side. At the end of the day you have to support people and careers. As a company you are supporting 50–70 people and a crew of 300. You should have the ability to know if you are overspending. But you have to press the warning button, there should be a system in your process. Sometimes it does go out of control and we have faced losses. But it’s okay, that’s part of the game.

At the end of the day, you can’t go too deep making these errors. Sometimes it’s not an error, it’s because of factors [beyond your control] like an actor falling sick or the whole shoot going haywire or some natural calamity taking place and you have to save a product. Most productions houses that have sustained over a long period of time will not make budgeting mistakes. 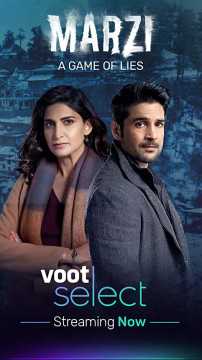 Do you think a big advantage in OTT platforms is that there is no involvement of the CBFC [Central Board of Film Certification] or the censor board, as it’s popularly known?

Platforms have to have some basic standards. But they have to largely be self-driven. In societies there are times when external boards do this, which is what the censor board has done [for cinema]. On the web I am hoping that it is not enforced by an external board but it is a channel of broadcasters who create guidelines. So that artistes are directly involved in discussing what is okay and what is not. But it shouldn’t be rigid and engraved. I hope it’s more self-regulated than externally.

What are the future plans of your production house?

We are working with all the big platforms now. Our challenge is to do genres that are different. We are doing content in legal drama and we are also interested in science fiction. The challenge is how do you increase the menu so that Indian OTT shows are not just about one type of shows. We have some four or five shows [lined up].