Vivek Gomber is a trained actor who was seeking acting opportunities almost a decade back. He ended up producing a film in which he also acted. That film was Chaitanya Tamhane’s Marathi movie Court (2015), in which Gomber played the dual roles of actor and producer. The film, which stars Vira Sathidar in the main role, completes five years today (it was released on 17 April 2015).

It all happened by chance in 2012 when Tamhane, who had made a short film, was contemplating whether to make a feature film or find a job and earn a living. “I asked him to just write,” said Gomber. “We had a very informal discussion. We figured out how much [money] he would need to live. A month later, we met and it was decided that he was going to write and I was going to fund his writing. I liked what he had written.”

Much before that, Gomber had acted in a play directed by Tamhane and that was how they had got acquainted with each other.

Even after the script was written, Gomber did not know he would also end up producing the film. “I read the final thing and said it’s great, I am very tempted we should make this. But I had no idea how to make a film. I know how to act, but I didn’t know how to produce,” he said. 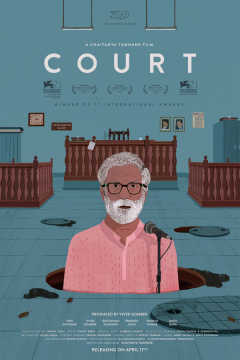 They approached the National Film Development Corporation (NFDC) to finance half the cost. However, the deal did not go through. “And I ended up putting whatever money I had for the film,” said Gomber.

But his main worry was not related to money. “The worry always was to do justice with what was on paper; the script should translate on to the screen,” the actor-producer said.

The film got made and towards the end of 2012 they took it to the Film Bazaar on the sidelines of the International Film Festival of India that takes place every year in Goa. Gomber was pleased with the developments that were taking place in the film world then. “Some transitions were happening at the time," he recalled. "Films like The Lunchbox (2013) and Ship Of Theseus (2013) had come after that. Ankhon Dekhi (2014) was about to come in.”

Even though Gomber is a trained actor, he said it was tough for him to play the lawyer Vinay Vora in Court. “I had to play a Gujarati and a lawyer," he said. "Also I speak [in a] funny [manner in the film]. I have lived around the world, so I have this accent. Vinay had a different kind of voice, tonality and accent. I also had to work on the body and look older than my age. So, there was enough acting work to do.” To prepare for his role, Gomber watched some Gujarati plays where he also kept an eye on the audience.

What helped Gomber was that his mother is a retired high court justice (Meena Gomber of the Rajasthan high court). He had the habit of visiting the courts in Rajasthan during his summer holidays as a child. “But I had to understand the courts from Bombay’s perspective," he said. "So I would visit various lower courts in the city in Goregaon, Bandra, etc.”

There were, obviously, a lot of other tasks for Gomber as the producer. “At the end of the day, I would be signing cheques. You should have things around and stand-by emergency cash. So that was a different experience with Court. I have learnt a lot through producing as an actor. I now understand what the job of a producer is,” he said.

After the film won many awards at festivals around the world, Tamhane and Gomber felt it was time to think about releasing the film in India. But they had to release it themselves. “We went all the way to release it ourselves. We were responding to how well the film was doing. The film was making its own path,” said Gomber.

News of Court being adjudged Best Film at the National Film Awards saved them some money for publicity. “We were in our office and prepping for the release," recalled Gomber. "Journalists started calling up suddenly asking for our address. This was how we came to know [that Court had won the award]. Awards are announced in March and our release was in April. It saved us promotional costs since the news spread.”

But there was more good news in store for Court. The film was selected as India’s official entry to the Oscars later that year. Gomber and Tamhane were in Japan when the selection happened in September 2015. “It was the last festival we had agreed to attend," Gomber recalled. "We were tired of attending festivals (laughs). It was one and a half years. We had to start new work. I had to find work as an actor. It wasn’t as if I got many offers after Court.”

But Gomber is happy that most of the people who worked on Court found good work after the film. “My HoDs [heads of department] are always busy. People from the crew got work. People keep telling them they liked our film. I love that,” he said.

Later, Gomber bagged the role of the main lead in Rohena Gera's Sir (2020) opposite the brilliant Tillotama Shome. Geetanjali Kulkarni, the public prosecutor to Gomber's defence advocate in Court, also features in the film. Sir has also done the rounds of international film festivals and was slated for release in the summer until the COVID-19 pandemic and the ensuing countrywide lockdown intervened. The film will be released once the lockdown is lifted. 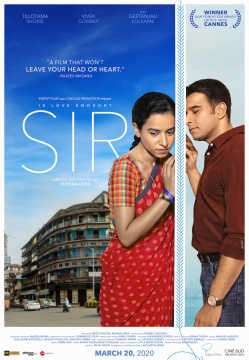