Idea of Ek Thi Begum came after a chat with an ex-policeman, says director Sachin Darekar


The writer-director tells us that the web-series starring Anuja Sathe was inspired from a real underworld story from the 1980s.

After writing a number of movies and television serials, Sachin Darekar made his debut as a film director with the Marathi movie Party (2018). He recently made his debut as writer and director in the bilingual web-series Ek Thi Begum, streamed on MX Player from 8 April.

Darekar tells us that Ek Thi Begum is unique as it has a female protagonist in the form of Anuja Sathe. “Almost all of them [underworld dramas] have masculine or male-dominated content. The main difference here is that amidst all the men, a woman takes it upon herself to fight against someone. We rarely come across such stories about the underworld,” he said.

Ek Thi Begum is about Sapna (Sathe)'s efforts to avenge the death of her husband (Ankit Mohan), who wanted to leave the underworld. He was killed in a fake police encounter at the orders of the head of the gang. 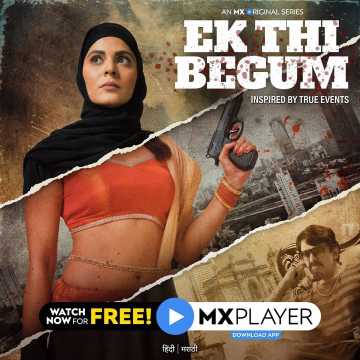 The subject struck Darekar during a chat with a retired police officer. “In the conversation, he spoke about a woman in the 1980s, who had challenged a big don of that time. I found this one line very interesting. This incident hasn’t been spoken about much,” he said.

He then started developing the story by taking into account the events and settings of that era. “I started imagining the mills, which were operating in Mumbai. I also thought that in that era, Ravi Shastri had won an Audi. The smugglers went beyond smuggling gold biscuits and transistors and had started dealing with narcotics. I took other similar incidents that happened back then and wrote the story,” he said. Darekar added that he recalled a lot of the incidents from that time as he grew up in Mumbai.

Ek Thi Begum also stars popular names like Chinmay Mandlekar and Santosh Juvekar. “We have worked together in Morya (2011) and Zenda (2009). It would not have been right to have just one powerful main protagonist. People around her should also be powerful and real,” he said.

The writer-director believes that people will have a certain reaction to Juvekar’s character Sawtya, who is a gangster. “I am sure you will hate that character, be it his mannerisms or his language,” he said.

Almost the entire shoot of Ek Thi Begum took place in real locations, which, was obviously a challenge. Especially, the first day of the shoot in the Kutch desert. “Imagining it was easy. The temperature on that day was 48 degree Celsius. It was difficult and challenging. We shot 99 per cent of the film in real locations. We would have hardly shot for one or two days on a set,” reveals Darekar.

The other challenge for them was to ensure that things like dish antennas were not caught in the visuals as they did not exist in the 1980s.