15 years of Hazaaron Khwaishein Aisi, the definitive political film for any aspiring revolutionary


The work of a director who came of age in the tumultuous 1970s, Sudhir Mishra's Hazaaron Khwaishein Aisi is one of the finest analyses of the Indian political system.

Art without politics often lacks soul, while politics without art is difficult to digest. Arriving in the first decade of the 21st century, Sudhir Mishra’s Hazaaron Khwaishein Aisi was a sparkling cinematic product that emerged from a deeply personal and political experience and has resonated with every generation since. The film manages to express the desire in every generation for a revolution while foreshadowing the futility of it in the complex and vast multi-cultural society that is India.

Siddharth Tyabji (Kay Kay Menon) is the Marxist son of an affluent professor seeking to launch the overthrow of an ‘oppressive’ system. His political philosophy, and his social status, irks Vikram (Shiney Ahuja), who is involved in a fight to get away from his middle-class status. Vikram envies Siddharth's privilege and views his speeches about an uprising as hypocrisy. Caught between the two is Geeta (Chitrangda Singh), educated in London and in love with Siddharth.

Set in the era of Charu Mazumdar and Kanu Sanyal leading the Naxalbari uprising, Sudhir Mishra’s film was released in the decade when India was moving fast into successful capitalism. In the decade of its release, leftist ideology was reduced to small and often insignificant pockets. The success of a growing middle class, the burgeoning economy, and a liberal capitalist ideology meant that any dreams of a Marxist uprising were only a fantasy. 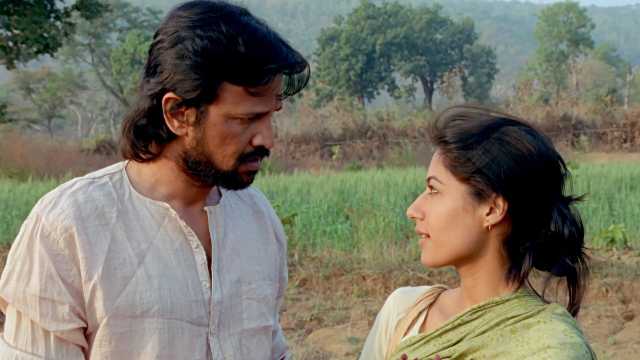 The film opens with an annotation by Mishra dedicating it to ‘imaginary elder brothers and sisters’. In an interview with the Indian Express newspaper in 2018, the director said, “We in our generation had lived that life. But there were the seedier elements in the Naxal movement as well. We had heard of the ammunition deals and violence.”

Today, the film emerges as a whole new reference point. With the economy returning slowly to the 1970s, and the rise of a centralized authoritarian power system, the revival of student protests and street fights hints at history repeating itself.

In the film, Siddharth’s idealism leads him to the villages of Bhojpur, "5,000 years away from Delhi", as he says. It is here that his utopian ideals face the ground reality of the Indian hinterland. In a scene of absurdity and humour, a meeting of high Marxism where the speaker denounces the state authority as ‘Hitler’ is heard by villagers who ask “Who is this Hitler?” and respond “Not from my village, definitely.”

This is the disparity between the leftist ideal and the ground reality. In recent times, the idea of a violent overthrow of the state has been replaced by the idea of fidelity to constitutional values. But the Indian middle class remains just as sceptical, cynical even, of the left's struggles and goals.

This cynicism is embodied by Vikram (Shiney Ahuja) in Mishra’s film. His ambitious fixer aims to rise from the bourgeoisie to a position of power. He does emerge but is unable to break free of his dedication to Geeta. She, in turn, is obsessed with Siddharth and his ideals. This inextricable web leads the trio into a Sisyphean battle against one another.

Vikram’s eventual downfall reflects the futility of trying to escape the ‘system’, which will not let power slip into the hands of anyone outside the charmed circle. Siddharth, on the other hand, finds that even the most idealistic opponent of the system will be branded ‘violent’ and met with violence. As he says at the beginning, "The violence of the oppressed is right. The violence of the oppressor is wrong. To hell with ethics.” Mishra turns this statement on its head and paints the true challenge facing leftist ideologues in the country. 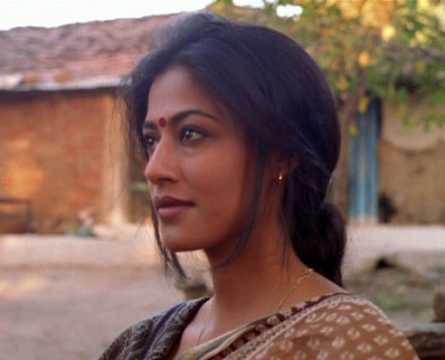 It is in Chitrangda Singh’s Geeta that the film’s soul emerges. A London-returned young woman, she is as far from Vikram’s sense of insecurity as she is from Siddharth’s obsessive ideology. Trapped between them, she crafts her own path and, eventually, finds the way to her own revolution. The last scenes show her taking over the cause and working to improve the state of the deprived. She has neither the romantic optimism of Siddharth nor the depressive cynicism of Vikram.

In the interview cited earlier, Mishra identified himself with Geeta. Appropriately, Mishra is a part of the disillusioned generation that emerged from the tumultuous period of the 1970s to realize that total revolution in India will take much longer. Geeta’s eventual epiphany symbolizes the director’s refusal to fall to the romantic idea of revolution or turn away from the oppressive nature of the system itself.

Carefully crafted, sparkling in its rhetoric and layered in its politics, Hazaaron Khwaishein Aisi represents one of the finest analyses of the Indian political system, complete with its flaws and challenges. Led by three artistes in fine form, the film remains a classic with its sharp portrayal of the pitfalls of idealism. The film also takes quite a few bold shots at the political machinations of the age, including the portrayal of a politician who looks very much like the late Sanjay Gandhi.

Yet, it is through the performances of Kay Kay Menon, Shiney Ahuja and Chitrangda Singh that the story gains vulnerability, realism and empathy. While Mishra does not use music in the traditional sense of Hindi cinema, the film has two key poetic moments that define it in the same way that poems have defined revolutions.

The title of the film is borrowed from Mirza Ghalib's famed couplet that speaks about the unfulfilled nature of the heart's desires. This, in a nutshell, captures the disillusionment of generations that dream of one revolution to end all the trouble and bring eternal peace. The second moment is in Swanand Kirkire's wonderfully written 'Baawra Mann'.

Fifteen years on, Hazaaron Khwaishein Aisi remains a definitive work of cinema that eschews the apolitical nature of the film industry to put forth a realistic portrayal of politics in India. With images of the hungry, the deprived and the poor walking the streets in these days of a pandemic-triggered lockdown, the call for revolution might seem an instinctive feeling, but as Mishra's film warns us, it is not an easy or definitive solution.