Shutdown Stories: Movies, cooking, and being in the present are key, says Tahir Raj Bhasin


While the 83 actor is locked down like everyone else, he is picking up where he left off with his movies, and also picking up a new skill: cooking.

"I have started, from YouTube or by calling my mom, picking up cooking," says Tahir Raj Bhasin on the phone. It must be quite a transformation going from playing Sunil Gavaskar in Kabir Khan's 83, but the actor is managing it.

"I am just getting used to this quarantine," Bhasin told Cinestaan.com. "It is a strange time, I suppose." Quite rightly, too. The 21-day lockdown, since extended by another 19 days, has put the film industry out of whack, with production, shooting, releases all put on hold while the country deals with a serious pandemic.

However, Bhasin does not think the industry has shut down. "I wouldn't look at it as the industry being shut down," he said. "The whole world has shut down. That is like a unifying factor, to know that everyone is in this together. And that we are doing this for the good of the larger community. It is a positive aspect that keeps us going."

Asked about his routine, the actor revealed, "The first few days were really hard. Although as actors, you do work from home when you are not on set. It is the no-socialising and keeping-distance part that requires adjustment. But as you follow the rules, you tend to make your own routine."

Cooking is just one part of the routine. "My cooking skills before were close to zero," he said, laughing, adding that he would simply step out when he felt like eating something different. The lockdown has made that almost impossible. In a way, the Force 2 (2016) actor said, "What has happened with me is that I have started to appreciate the things that I used to take for granted. Just the maid coming home, all the shops or restaurants being open, or something as simple as meeting a friend for coffee, which seemed so ordinary earlier, have all of a sudden become novelties."

This novelty, though, does not extend to social media. While Bhasin has put up a few videos informing his followers about the necessity of the quarantine, he said he is trying to keep the use of social media to a minimum. "The first few days I was spending a lot of time on social media, and wasting a lot of that time online. I do go online once in a few days where I tell fans about how I am spending my time, and what are my thoughts about the whole lockdown. But on a minute-to-minute, I am not sharing everything like this is what I am cooking today, or how I am working out. There is something a fan will relate to if we go online and tell them, 'We are all in this together.' That is something I am gaining from it as well." 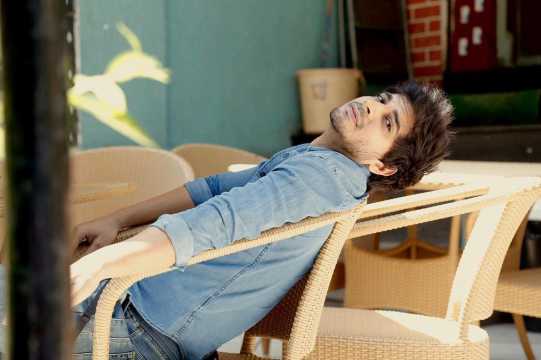 Regardless, there are books and movies to keep him busy. With the long and gruelling preparation for 83 having kept him busy in 2019, the actor hardly had time for them. Currently he is reading Eckhart Tolle's The Power of Now. "I think it is very relevant for what we are all in the current moment. It is about making the most of the present moment, without being stuck in the past or the future. It is a great theme for what we are going through," he explained.

But the time on his hand has also helped the Chhichhore (2019) actor to catch up on the movies he missed out on. "I watched Andhadhun (2018) and Photograph (2019), both of which I had missed in the theatres, and wished I had caught them. But I am really glad that I managed to watch them," he said.

With Succession on Disney+ Hotstar and the very complicated Westworld lined up for watching, Bhasin looks to have his routine sorted out.