Shutdown Stories: It's mostly about spending time with his 'pillus' for Swwapnil Joshi


The popular actor, who is also helping out with the chores, says his mother did not raise him to be a typical male and this is paying off now.

The general perception is that people have a lot of time to kill in the countrywide lockdown which has been enforced to curb the spread of the COVID-19 pandemic. But that is not the case with at least Marathi film star Swwapnil Joshi who seems to be busy as ever.

Joshi patiently narrated to Cinestaan.com his daily schedule during the shutdown. Primarily, something very important is keeping the actor occupied.

“The most important thing I am doing right now is spending quality time with my family," Joshi said. "I don’t know when I spent so much time with them last. I am a workaholic. I work round the clock and only take breaks between projects. This is a welcome break [for me]. I am feeding my kids [Mayara and Raghav], putting them to sleep, bathing them. They are also finding it amazing that Papa is at home and spending time with us.”

Like many others, Joshi has given a break to his house help and is doing the chores himself. The actor finds it refreshing. “My mother didn’t bring me up to be a typical male," Joshi said. "She used to tell me I should do the same kind of work she does. And my father always helped with the chores. From washing utensils to sweeping, mopping and wiping the floor, I am used to doing everything. Now it feels like going back to my childhood.” 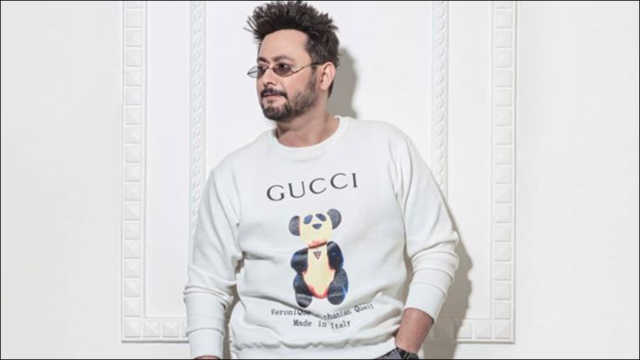 The chores have been triggering other bouts of nostalgia in Joshi. “You won a trophy and it had been lying on a shelf for the past 10 years and you had forgotten about it. While dusting it now, all the memories come flooding back. It is like re-living those moments because of the household chores,” he explained.

To be sure, Joshi is using the break to read some scripts. The actor made his web-series debut only last month with Satish Rajwade's Samantar, which also stars Nitish Bharadwaj and Tejaswini Pandit. It was while reading scripts that he lived a sweet moment with daughter Mayara. “She asked what I was doing. I said I am doing my homework. She said, ‘You change your school and take admission in my school. My teacher never gives us homework’!” he said.

Joshi is also reading former Mumbai police commissioner Rakesh Maria’s book Let Me Say It Now. “It gives great insights into the police force of Mumbai," the actor said. "It’s about a lot of high-profile cases that he handled. It’s an amazing tale of valour and bravery.”

But Joshi also said he is not as voracious a reader now as he used to be. “When you were younger and had fewer responsibilities, you could sit with a book for eight or 10 hours at a stretch and finish it off,” he said.

With his kids always around, Joshi has not been able to catch up on the  content on OTT platforms as much of it is not suitable for children. “That is my only regret, that I haven’t seen a lot of content in these lockdown days," he said. "My kids are always around and they sit to watch with me. One is four, the other is two. Then my wife starts yelling that I shouldn’t watch this or that.”

Doordarshan, the state-owned broadcaster, has started showing old classic serials again. Joshi has chosen Ramayan to watch with his children. “And I am hoping that after Ramayan they will also screen Luv Kush, so that they will get to see me also [Joshi played Kush in the serial]. But I am also trying to keep my kids off TV and play games and do sand art with them, so that they understand there is life beyond TV.”

A few years after Luv Kush, Joshi got the chance to play Krishna in Ramanand Sagar’s TV serial Shri Krishna. “I feel blessed to have been part of such a cult show at such an early age,” said the actor.

Looking back on his career so far, Joshi said he feels grateful. “I am thankful to the universe that a guy with absolutely no film background, lineage or godfather has sustained and survived in top form for almost three decades and is still getting to do recognizable work," he said. "This is an industry where people are written off every single day.”

While Joshi has not been viewing much online content these days, he is certainly creating content on his YouTube channel by shooting videos of his kids. “The channel is called Pillu TV. It has hardly been a month and we already have eight or nine thousand subscribers. It will be everything related to kids. There will be videos of me also and my mother because for her I am still a pillu [child]," he laughed. "It’s for kids of all ages.”

Talking of age, the topic but naturally turned to how Joshi has retained his boyish good looks even now (the star will be 43 this year). “The credit must go to my parents,” he said happily. “A lot of people ask me about my beauty regime, but I don’t do anything for it. My beauty regime is I laugh a lot, I don’t sleep with baggage, I drink three to four litres of water daily and sleep for eight hours.” There, you have the secret now.

Correction, 13 April 2020: An earlier version of the report missed out the word 'thousand' from the number of subscribers for the Pillu TV YouTube channel.