The second movie will also be directed by Milap Milan Zaveri and be produced by Bhushan Kumar’s T-Series and Nikkhil Advani’s Emmay Entertainment.

Like the first film, Satyameva Jayate 2 will see John in an action avatar. But the film will tell a different story since his character died at the end of the first movie. In other words, it’s a standalone sequel. 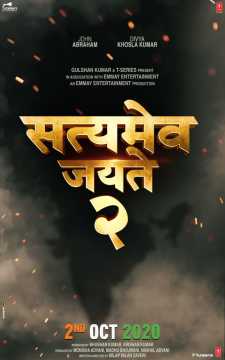 Satyameva Jayate had newcomer Aisha Sharma paired opposite John. But the second movie will see Divya Khosla Kumar make an acting comeback after 15 years. Her last film was Anil Sharma’s Ab Tumhare Hawale Watan Saathiyo (2004). She has acted in a couple of short films in recent years. She is the wife of T-Series boss Bhushan Kumar and has also directed films like Yaariyan (2014) and Sanam Re (2016).

Speaking about the film, Bhushan Kumar said in an official statement, “Emmay and T-Series have become a family and our association has always been fruitful. Satyameva Jayate was a blockbuster and making the second one with Milap and John was a no-guess game. And all the best to Divya who has joined the team with this one.”