Why the problem of plagiarism continues to bedevil Hindi cinema


Heema Shirvaikar, legal officer of the Screen Writers' Association of India, says the body can only provide legal advice to writers or try and help to settle disputes amicably.

While the Hindi film industry has long been known for its 'inspired' filmmaking, sometimes blatant, the arrival of the digital era curbed the habit to an extent. But cases of copyright infringement continue to pop up every now and then. The latest is the accusation by National award-winning filmmaker Praveen Morchhale regarding the upcoming Amar Kaushik film, Bala (2019). 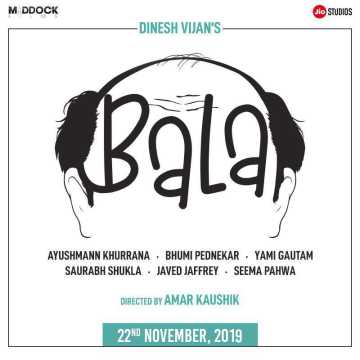 In a conversation with Cinestaan.com, Morchhale said, "I found that the storyline looks similar and through further online search and a few more articles, I found it is very much similar to the premature balding satire comedy which I wrote and registered in 2007 with the Film Writers' Association, almost 12 years ago. In the past many years, I have discussed it with many industry people to make it into a film. This film I wanted to be very different."

"What we [the SWA] do, and are empowered to, is [help the parties to the dispute] reach an amicable settlement," Shirvaikar said. "If a writer feels their work has been infringed, and whatever they have registered has been used by a producer, they can file a complaint with us. The Dispute Settlement Committee (DSC) judges the merit of the complaint. Only if we see that the complaint has enough merit to proceed do we call the producer and the writer from the production house and compare the date of registration and other evidence, if the production house has any to counter the claim."

However, Shirvaikar said the DSC's process can be time-consuming which is why writers sometimes approach the courts directly.

Considering the abstract and subjective nature of 'inspiration', how does the DSC arrive at its decision? Shirvaikar explained that the dates of script registration often play a key role in this.

"A lot of times the issue gets resolved when we compare the dates of registration," she said. "If the respondent writer had registered much before the complainant's date of registration, or we compare the work itself and it is not really similar. Sometimes, the only similarity is in the idea or concept, but the execution is completely different. In those circumstances, we dismiss the complaint."

Shirvaikar also said that many of the complaints the SWA receives are on apprehension of infringement of copyright rather than actual evidence of infringement. "A lot of writers register their works and pitch them in a lot of places," she said. "Then they come across something which is similar to the work they have created and they get apprehensive that it could be theirs."

Incidentally, in March this year, writer Kamal Kant Chandra had filed a similar complaint against the same film, Bala, saying he had discussed the story with Khurrana but the actor had never signed up for the film. Chandra filed a case of cheating against producer Vijan in June, when the film went on the floors.

Khurrana had responded to the accusation with a legal statement in June: "What has been communicated to you is a mala fide distortion of facts, specially with regard to the proceedings of 9 April." The statement went on to emphasize that since the matter was sub-judice the actor's team would not like to debate it. The Bombay high court later dismissed Chandra's case as it found few similarities between his script and the film's trailer.

Interestingly, Chandra had also registered his script, titled Wig, with the SWA. This was in 2016. However, like Morchhale, Chandra too approached the court directly rather than go to the SWA.

When Cinestaan.com reached out to Morchhale asking if he had registered a complaint with the SWA as well, the director texted back saying, "Not yet. But I am going there soon."

Neither Dinesh Vijan of Maddock Films nor writer Niren Bhatt was available for comments. Vijan had put out a statement immediately after news of Morchhale's complaint came out, saying, "Maddock is not aware of any case being filed against it by Mr Morchhale and denies that he has anything to do with its film Bala. Nobody from Maddock has ever met Mr Morchhale or is even aware of him being associated with a story of a bald man."

With Bala scheduled for release on 22 November, Morchhale has a couple of months to try and raise the matter in court.