Chiranjeevi, who plays Kurnool-based freedom fighter Uyyalawada Narasimha Reddy, has revealed that at one point he was asked to direct the film, but he politely declined the offer.

Megastar Chiranjeevi on Sunday, 22 September, said that he was asked to direct his upcoming magnum opus Syeraa Narasimha Reddy (2019) by the film’s writers Paruchuri brothers.

Speaking at the pre-release event of Syeraa Narasimha Reddy, which was also attended by SS Rajamouli, Pawan Kalyan, VV Vinayak and Koratala Siva; Chiranjeevi opened up on the project and how it materialised.

“I’ve wanted to play a freedom fighter on screen for the longest time I remember. I’ve even said it a few times that I desired to play Bhagat Singh, but nobody approached me with a historical subject. Writers Paruchuri brothers introduced me to Uyyalawada Narasimha Reddy and they insisted that I play his character,” Chiranjeevi said, adding that he couldn’t take up the project for a decade due to budget constraints.

It was Rajamouli’s Baahubali films that gave them the confidence to make Syeraa Narasimha Reddy, admitted Chiranjeevi. 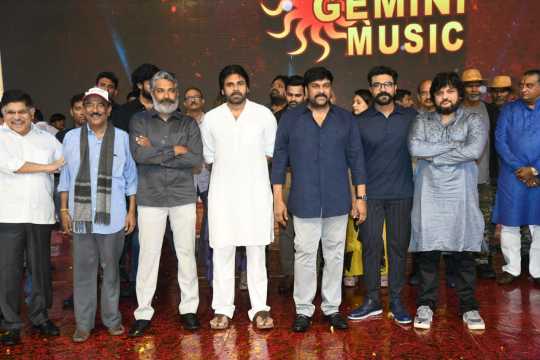 “If not for Rajamouli and Baahubali, we wouldn’t have gathered the courage to make this project. With Baahubali, Rajamouli proved that you can spend crores on a project and still make it a profitable venture if you plan well. He inspired us to make Syeraa, and I salute his vision for making Baahubali and paving the way for bigger projects,” he said.

Chiranjeevi also revealed that at one point he was asked to direct Syeraa Narasimha Reddy, but he politely declined the offer.

“When we decided to make the film, we weren’t sure whom we should rope in as director. Paruchuri brothers suggest that I direct as well as act. I wasn’t convinced with the idea because I wanted to focus on acting as it’s a once in a lifetime role and I wanted to do full justice to it. It was Charan who suggested that we work with Surender Reddy,” he added.

The film, produced by Ram Charan on a budget of Rs150 crore, is scheduled for release on 2 October.