Grandpa tells me acting is all about reacting, it’s that simple: Karan Deol


The newcomer gets talking about the experience of shooting for his first film and what he learnt from father Sunny Deol, grandfather Dharmendra and uncles Bobby and Abhay.

When veteran actor Dharmendra launched his son Sunny Deol in Rahul Rawail’s Betaab (1983), the industry got a new star. Now, 36 years on, he is set to present grandson Karan Deol in Pal Pal Dil Ke Paas. Directed by Sunny Deol, the film is a romantic saga with some action. It also marks the debut of actress Sahher Bambba.

Whether the youngest Deol in the industry makes it big like his father and grandfather before him, only time will tell. In a group interaction ahead of the film's release, Karan Deol spoke about the experience of shooting for his first film and what he learnt from his family of actors consisting of his grandfather, father and uncles Bobby Deol and Abhay Deol. Excerpts:

What was more challenging, your first film or your first round of interviews?

Interviews actually. [In films] you get dialogues, you know your character and you just have to work. Here you are required to make your own dialogues on the spot (laughs).

Was it always decided for you to become an actor since you belong to a film family?

When you are between two and five years old you don’t know what you wish to do in life. At that age you dream of working as an astronaut, a vet, etc. When I was five I saw Star Wars (1977) and fell in love with filmmaking. Then I started watching films regularly from my dad’s DVD collection. I used to get lost in the world [of films]. Once you get lost in that world, you experience relaxation. Generally people prefer playing sports like football and hockey. But for me films used to take me to another zone. For me a perfect afternoon was to watch a movie; keep food around and I am happy. 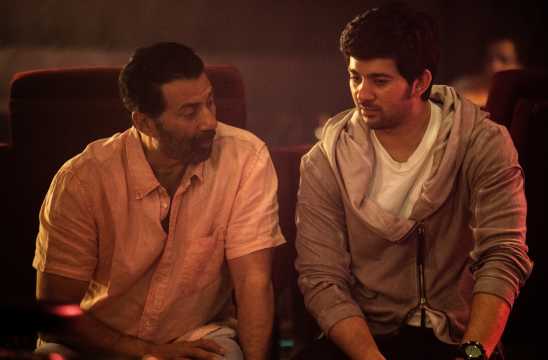 When did you feel you should become an actor?

When I turned 18 I told my mom that I wish to become an actor. I didn’t tell my father as I was scared of him. He was also busy in his work. Acting can be an emotional turmoil when you are going through a bad patch and face criticism. My father supported my decision provided I am ready for the evil side of the industry. Then my training started and here I am today in front of you.

How was it growing up with a legend like Dharmendra?

It was a learning experience with him. When I used to play video games, he used to play cards in the same room. A lot of times he used to share his stories. He used to narrate his journey. He told me how he left Punjab, came here and was spotted outside a film studio and got a break. If he hadn’t come here, papa and I wouldn’t have been here in the film industry. We would have been working in the fields of Punjab. So, my whole life is because of him.

Did you ever get any acting tips from your grandfather?

He used to say acting is all about reacting. You just listen and react; it’s very simple. It’s like how we are talking now. I am listening to you and reacting. Acting is that simple.

An actor’s growth never ends. If you feel your growth is enough, it’s the end for your acting because even in his age he says he is still learning. Grandfather’s wittiness and comic timing are very good. 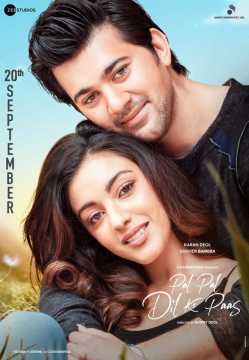 What did you learn from your father and uncles Bobby Deol and Abhay Deol?

I have learnt intensity from my father. Chacha’s [Bobby Deol's] dancing skill is the best in our family. He asked me to work more on my dance than Papa did (laughs). Abhay Chacha is very brave in taking risks in off-beat films. Nobody had expected him to do such work. But he did and has made his own identity in the industry.

There is a scene in the trailer where six or seven people grab you. It reminds us of your father’s iconic scene from Ghayal (1990). What instructions did he give you for such action scenes?

He just said that the intensity should be in your belief. If your intensity is honest, the other person will automatically get scared of you. The intensity should speak from your eyes, so you won’t even need to raise your hand. Your eyes should say: Main aake tujhe udhar hi ukhaad doonga.

Those people had actually grabbed me tightly in that scene. There were blue and purple marks on my arms. I couldn’t say much because Papa wanted realism. It’s required to bring the rawness. No matter how much muscles you develop, intensity beats that. I can’t see such intensity in our films these days. We have become too inclined to make the visuals stylized. Instead of copying the good things from Hollywood, we are just copying their good looks.

The Deol family is known to be quite emotional. How is it with you?

I am emotional but there is also practicality because I am from a different generation. Somehow emotions are lost in our times. We have forgotten what our roots are. We are only driven by money and fame. That doesn’t keep you happy. When you die your money and fame won’t accompany you. You should just live your life to the fullest with all your heart.

How was the reaction in your family when your father won the Lok Sabha election earlier this year?

I was very happy because after a long time we had some good news in the family.

Would you like to star in any of the remakes of your father’s films?

There are two types of remakes — one to actually make it from the heart and the other is just to make money. If you are remaking a film just for money, please don’t make it. You will be tarnishing the cult hit. And no one can play Sunny Deol. There is no one who can do him justice. If you have a good concept, a good director and are ready to spend a year or two on the script then it’s fine. But don’t make it only for money. 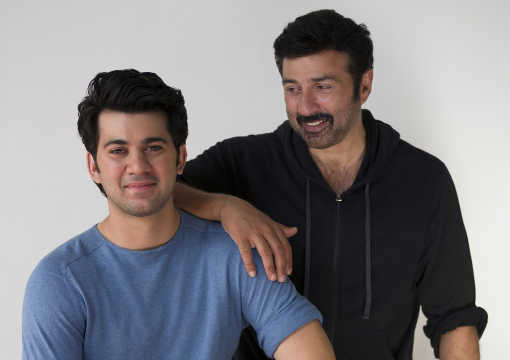 In today’s world there are only remixes all around even when it comes to songs. Where is the originality? I think in the 1980s and 1990s, filmmaking was original and creative. Now we have lost that original creativity somewhere. We need to push ourselves. You shouldn’t be lazy with your work.