Shyam Ramsay of the famed Ramsay brothers dies at 67


The filmmaker passed away owing to complications from pneumonia early on Wednesday morning.

The director of films like Purana Mandir (1984), Saamri (1985), Tahkhana (1986) and a pioneer in the genre of low-budget horror cinema in India, Shyam Ramsay passed away in a Mumbai hospital early on Wednesday morning. He was 67.

The filmmaker had been admitted for pneumonia at the Criticare Hospital in Andheri. Speaking to IndianExpress.com, the filmmaker's nephew Amit Ramsay said, "With profound grief and sorrow we inform you about the sad demise of Shyam Ramsay. He was suffering from pneumonia and passed away around 5 am this morning."

In the 1970s, the Ramsays' pioneered the genre of Hindi horror films with indigeneous stories based on local folklore. The seven brothers led by Tulsi Ramsay, Keshu Ramsay and Shyam Ramsay, began a cottage industry that spawned some of the more iconic films of 1980s horror genre. 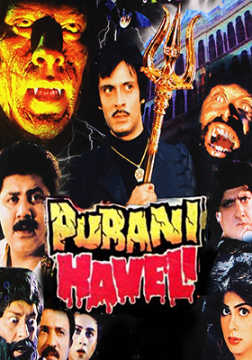 Shyam Ramsay also collaborated with Tulsi Ramsay to direct the first Indian television series based on horror, The Zee Horror Show, which ran between 1993 and 2001.

The filmmaker made his directorial debut, with brother Tulsi, on Do Gaz Zameen Ke Neeche (1972). His last film as producer and director was Neighbours (2014).