The bungalow will house a digital film library where researchers can access the archive's database through personalized viewing spaces.

The bungalow will house a digital film library. Researchers will be able to access the archive's database through personalized viewing spaces.

MR Jayakar, freedom fighter and first vice-chancellor of the University of Poona, built the bungalow in the 1940s. Over the decades, it went from Jayakar to the Indian Law Society to the Film and Television Institute of India (FTII) and finally to the NFAI in 1973. 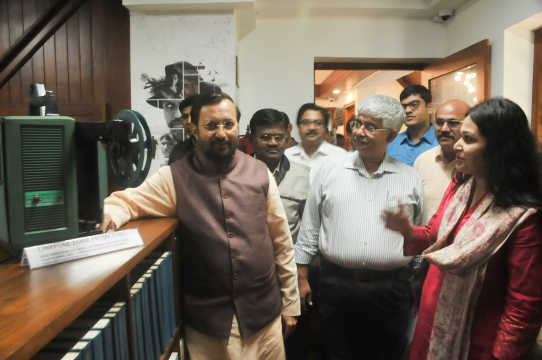 Javadekar also unveiled a special booklet titled Parampara: An ode to the Jayakar Bungalow the booklet recalls the bungalow's history and has chronicled its restoration. The booklet also includes the experiences of former students of the FTII like Shabana Azmi and Rehana Sultan, who resided there when it was part of the FTII girls hostel. A mobile app for booking films for viewing was also launched by Javadekar.

At the inauguration, Javadekar said the bungalow had a special place in the art and architecture of Pune and would now be used for the aid of film researchers. Jayakar's great-granddaughter, Prasanna Gokhale, attended the launch.

According to a press release, the two-storey Jayakar Bungalow was built in the Tudor style of architecture. While it was popular in Britain, the style was rare in Pune. Further, the bungalow has wooden flooring, a narrow wooden staircase typical of British architecture, and massive bookshelves that stretch almost to the roof. It also has a load-bearing system with the use of coursed Stone Ashlars Masonry with lime mortar. 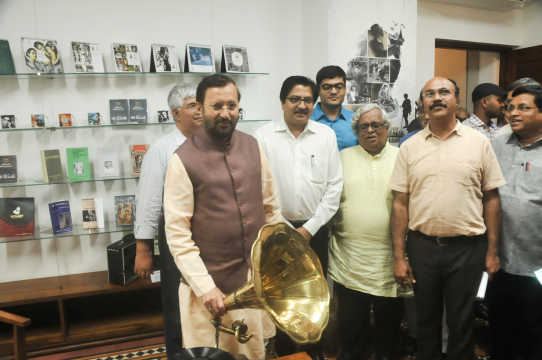 Since the 1990s, many portions of the bungalow remained unused as the archive moved to another building. The archive set out to restore the bungalow to make the area usable again and to give it a facelift.

"We wanted to restore the unique architecture and aesthetic value to bring back the glory of olden times," said Prakash Magdum, NFAI director. "The objective was to conserve the heritage structure and make it contemporary so that it can be accessible for citizens and film lovers. The digital library and personalized viewing spaces are steps in this direction. We want this place to be a hub of cultural activities where film lovers can come and engage in meaningful conversations."