I wanted a male actor in a feminist film: Tannishtha Chatterjee on turning director


Tannishtha Chatterjee speaks about balancing the actor-director tag, and the decision to cast Nawazuddin Siddiqui aka Gaitonde in a romantic role.

A hint of tiredness flashes across Tannishtha Chatterjee's face when you ask about her experience of turning director. "Refreshing, in terms of collaborating with a creative team," she says, adding with a laugh, "It was really really tough though, getting the money for the film."

Having been a part of films like Parched (2016), Lion (2017) and Doctor Rakhmabai (2018) in the last three years, Chatterjee chose to turn director with a light, slice-of-life romantic comedy, Roam Rome Mein. The curiously titled film features Nawazuddin Siddiqui giving up his dreaded Gaitonde features from the Netflix series Sacred Games to play a man discovering a new country and the experiences it offers. 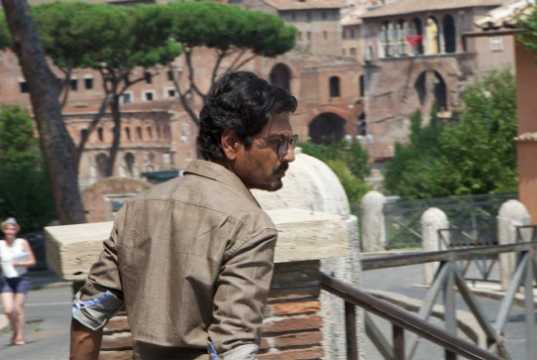 "The thing is, the film is not exactly a romantic film. It is a search film," says Chatterjee. "The crux of the film is a brother-sister story. He goes to Rome in search of his sister and he meets all these characters. There is an element of romance as well, but the main thread is how he discovers himself, and the change in his thoughts through this journey."

But with Siddiqui currently riding on the phenomenon of Sacred Games as Gaitonde, what drove her to cast him as a wanderer on a romantic journey in Italy? Chatterjee laughs, "I wanted to make a very feminist film with a male protagonist that shifts something in me through a life-changing experience. Putting... internalizing that perspective, represented through the outside experiences in his journey. So, he goes through that journey."

"Of course," she adds, "Roam Rome Mein is also a very surreal film. It is just a story."

"I am still putting the little last touches to the film," the new director revealed. "I will attend the world premiere of the film in Busan in October. So, I am looking forward to that."

Tannishtha Chatterjee will also be seen in Brahmanand S Siingh's drama Jhalki, which is set for release on 27 September 2019.