Have never been a dream girl: Nushrat Bharucha on not being the 'Dream Girl' in Dream Girl

"I have never really been the 'dream girl'," laughed Nushrat Bharucha at the question. The actress was in good spirits as she answered the media gathered for the usual formality of interviews to promote a film. With Dream Girl (2019), Bharucha is set for a change. After the series of Pyaar Ka Punchnama (2011, 2015) and Sonu Ke Titu Ki Sweety (2018), the actress has established herself as the sassy, urban girl who takes no prisoners. 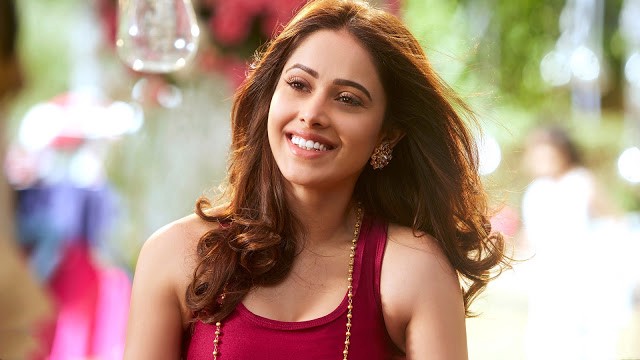 In Dream Girl, she returns to play a small-town young woman in love with a good man (Ayushmann Khurrana), except that he imitates a girl on the phone. It is Khurrana who plays the eponymous 'dream girl' of the title.

"The fact that I am not the dream girl was not so much of a shock," Bharucha said. "I was more 'interesting, let's hear more'. The more I heard it, it was very interesting."

I go with my gut, says Ayushmann Khurrana on selecting scripts

She added, "Every story has a key issue. The 'headline', as you would say. Depending on that, people read the story further, or not. You have to know what the film is saying. If you comunicate that to audiences, and they connect to it, they will come to watch the film."

With Dream Girl, Bharucha is eyeing the Rs100 crore mark that Sonu Ke Titu Ki Sweety set. With Khurrana, the industry's ruling Midas, in tow, one cannot put it past her.

The movie is looking so interesting and the trailer is hilarious. How did the movie come your way?

I think Raaj was the reason. I didn't ask why he wanted to work with me. It is his first film and he insisted on me. Nandini Shrikanth cast for it. I was more than happy, I always am when someone says they want to work with me. It means they liked something in my past work. Otherwise, I have always been cast as a villain till now (laughs). This is the first time a director said, 'No, you are a positive heroine.' Perfect, I said (laughs).

I remember two distinct things. One, during the whole narration, we were simply laughing. His narration was so funny. He is a very good orator and convinces you that you are sitting in a luxurious mall in Dubai when you are in Andheri. He creates a world in his conversation. I loved that.

Secondly, in Balaji Motion Pictures studio, every evening there is an aarti. After the aarti, they usually bring the offering to you to pray. We were discussing our entry scene when the aarti plate came into the room. Now, I am a big believer in spirituality and higher forces. I felt like the timing cannot be out of anything.

Fifteen minutes after the narration, I did not speak with anyone or call anyone. I thought about it and took the decision on the spot.

Did you ever wonder that the film is titled 'Dream Girl' and yet I am not the dream girl?

This question might fit correctly for any other actress. You cannot ask me that question at all (laughs). I am the 'Punchnama' girl. I have broken hearts from my first film. In Sonu Ke Titu Ki Sweety, I was the daring, almost vampish sort of character. People are expecting me to do these sort of roles.

The fact that I am not the 'dream girl' was not so much of a shock. I was more 'interesting, let's hear more'. The more I heard it, it was very interesting.

Every story has a key issue. The 'headline', as you would say. Depending on that, people read the story further, or not. You have to know what the film is saying. If you comunicate that to audiences, and they connect to it, they will come to watch the film.

How crucial is your role in Dream Girl?

The most crucial part of Dream Girl are the characters who make the confusion happen in the Dream Girl's life. He is a man who speaks in a girl's voice, but if he can't trap those five other characters, then the story does not move.

With such great writing, slice-of-life, character-driven story, every part becomes crucial. Similarly, with Annu Kapoor or Vijay Raaz, each character takes the story in a different direction.

Raaj Shaandilyaa is a first-time director. What convinced you about his ability to replicate the script into the film?

I am a vibe person. That vibe is based on how the person talks, their character, conversation, etc. I feel it is a leap of faith, simply because when I made my debut no one knew if I could act. It was a leap of faith by somebody. That leap of faith comes when you connect based on the thoughts, vision, the idea.

Do you want to change that image, of being the Punchnama girl?

I am glad I am standing out. But I do not think like that. I think the films that cast me, and I did, worked for me. The image just formed by default. If I had thought about making an image, I probably wouldn't have done these films. I would never have made it this far.

Even now, I don't want to think from the point of view of an image. If I do think that way, good roles will slip out of my hand. The film is always the main thing. Even if it is a small part, I want to be part of a good film.

I know people say Rs100 crore and all that, but what does that mean? If you break it down to the grassroot level, it means that many people watched it. That is what is most rewarding for me. Once you are accepted by the audience, the industry has to accept it.

Then, whether you fit into the typical heroine mould or not, filmmakers are interested. Audiences wanted something different, and want to see you. Just the fact that they want is why I feel I am in a better space.

So you are willing to be part of songs or small appearances in films?

I prefer songs. Because [a song] is a concentrated form of expression. Songs have expression, lyrics, and yet that is acting. It is harder, since you have to do it with flair, with rhythm, beat. So, if someone asks me to do a song in a film, I am always happy to do so.

How is it working with Ayushmann, who is in top form?

Ayushmann has had a great journey. He started with Vicky Donor (2012) and he has had his ups and downs. Suddenly, Andhadhun (2018), Article 15 (2019), Dream Girl, Bala... his collection is so impressive. His baby steps are an inspiration for any actor who is willing to take those steps and say 'it will take time, but keep walking the right path'. Do what is your sensibility, what is inherently your nature, and the world will see it.

There are stories of you doing Luv Ranjan's next film with Ranbir Kapoor, and also Salman Khan's next production. Can you tell us anything about it?

This industry runs on speculation. There is a lot of speculation. Honestly, right now, I am only doing three films, everything else is speculation. When the casting happens, there will be an official statement.