The audience should consider Buro Sadhu worth every penny, says director Vik


The filmmaker described his aspirations behind making his first film and also shared his experiences of directing two of the most recognised artistes of the Bengali industry.

First-time filmmaker Vik’s film Buro Sadhu (2019) is all set to release on 1 November. Featuring Ritwick Chakraborty, Chiranjeet Chakraborty, Mimsee and Ishaa Saha, Buro Sadhu has generated a buzz, ever since its trailer was launched online.

The film deals with multiple issues, including various facets of psychological illness of the protagonist Abir, played by Ritwick. It touches upon alcoholism as well. In an elaborate chat with us, Vik described his aspirations behind making this film and also shared his experiences of directing two of the most recognised artistes of the Benagali industry, Ritwick Chakraborty and Chiranjeet Chakraborty. 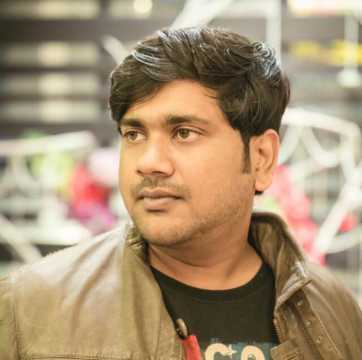 Why did you choose such an unusual title for the film?

I have definitely chosen the title, relating to the storyline of the film. Buro Sadhu refers to the character played by Chiranjeet Babu; however, I don’t want to reveal all about Buro Sadhu now. Interestingly, the name is associated to one of the most popular alcohol brands of the country. The film also deals with alcoholism. We noticed this relation after drafting the story and then considered that aspect of the film as well.

From the trailer, the film appears to be dealing with a few psychological issues as well as alcoholism. Can you please elaborate a little bit regarding the storyline?

I have tried to make a film with a multiple layers yet through a simpler storyline. It deals with the conflict between passion and profession, which a majority of the people go through. Often people are forced to choose a profession, separate from their passion. I feel mental illness is a glaring issue.

There is a lack of awareness regarding mental health and depression. People hardly understand the way it affects the ability to lead a normal private and professional life. Psychological issues can even lead someone towards identity crisis.

I have attempted to depict all these factors through the journey of the protagonist starting from his childhood. Childhood is the base of all kind of potentials and when it is disturbed, the entire process of growth gets affected. These are the highlighted issues of my film.

Did you think of Ritwick Chakraborty as the protagonist from the beginning?

Yes, he was on my mind from the time I started writing the script. I could not think of anyone else to portray the character. If he hadn’t agreed to do the film, I would have opted for some other story. He is the master of the powerful performance that the character required. I don’t think there is anyone else in the industry who can portray such range of emotions.

What was his reaction to the script written by a debut director?

First, he heard the story and then, he asked for the script. He was quite busy during that time yet, he took his time, read the script and agreed to do the film. He only asked for a flexible schedule. He took out time from his other shooting schedules and did the film. The audience will be able to understand what kind of a brilliant performance he has delivered. He completely dissociated himself from Ritwick Chakraborty and turned into the protagonist.

When did you start writing the script and why did you choose this subject?

Previously, I used to work in the television industry. I always wanted to make a film, but was not sure about the right time of making it. Then I made up my mind, left my job and started working towards developing the script. Approaching the actors and producers followed eventually.

I think, in Bengali cinema, there is a lack of experiment with content that we get to watch in international films or other regional films in India. There is a tendency of taking a safe route in terms of choosing content that can entertain the audience, instead of approaching literature-based stories that are different, yet entertaining as well.

In my film, which is a psychological thriller too, I have kept the entertaining quotients, with underlying messages. Those who want to purely enjoy the film, will be able to do that and the rest will be able to read between the lines as well.

I think the film will instigate the audience to think about it even after they leave the theatre. I sincerely feel that a film’s success lies in its prolonged and lingering impact in mind. I want the audience to feel that the film is worth every penny.

See, original contents don’t follow any trend. A Kannada film on baldness [Ondu Motteya Kathe (2017)] was first made and now the entire country is making films on the same topic. Original content sets the trend.

How was the experience of directing both Ritwick and veteran actor Chiranjeet Chakraborty?

I never had to direct Ritwick twice regarding his performance. I was probably a bit shaky on the first day of shoot. He is an extremely easy-going person. He invests all his energies into his act if he is convinced regarding the script. He also doesn’t mind making changes through discussions. I had a superb experience with him.

Chiranjeet-da is a legend. Hence, I was quite nervous while shooting with him. He has done more than 250 films and I am merely a debut director. I am grateful to him for becoming a part of this film. However, as he started getting into the skin of the role, it became easy for me on the floors. He has done a brilliant job and he is a director’s actor. He is a powerhouse. I think his abilities have not been explored properly by the industry. I have learnt a lot from both the actors.

What were your ideas regarding the cinematic conception and music of the film?

Both my music director as well as my cinematographer have made their debuts with this film. A lot of people advised me not to take debut artistes for these two departments. DOP Sanjib Kumar Ghosh is a renowned still photographer. He is known for his works in commercials. However, he maintains an archive of art photography as well. His sense of frames and perspectives in those photos inspired me a lot. I could sense that he is the right person, who would be able to capture my thoughts.

I convinced him to get into cinematography. As per my expectations, when I started looking for cinematographers, I could only think of the best five DOPs, who were extremely busy.

In case of the music, I could only think of a few, who could do justice to my film. We have attempted a lot of experiments in this regard. I have received very good responses for the songs that have already released. Our music director Pranjal has a band called Backstreet. He is a very good lyricist and has own Mirchi music award as well. Nabarun has arranged the music. They are raw talents and I believe, if they are explored properly, they can deliver quality works as per the standard of the industry. I am quite delighted with the way they have worked.