At the movies, Gandhi Jayanti seems to have become an occasion for a 'himsa’ fest


Gandhiji's birth anniversary has been booked for some violent films this year as well as the next.

Today's date, 2 October, is celebrated as Gandhi Jayanti every year as on this date in 1869 Mohandas Karamchand Gandhi aka Mahatma Gandhi aka the original Father of the Nation was born.

Gandhiji is best remembered the world over for propagating the principle of ahimsa, non-violence, throughout his life and making it his primary weapon to fight the erstwhile British rulers of India.

Hence, the word ahimsa is almost synonymous with today's date. The day is also a national holiday in India.

Over the past decade and a half, producers have taken to releasing big-budget films headlined by big stars on public holidays in an attempt to maximize opening revenues. The trend began with major festivals like Diwali, Eid and Christmas and then looped in Holi, Durga Puja, Independence Day and Republic Day. Now, for the past few years, Gandhi Jayanti has also come to be looked upon by producers as a holiday to capitalize on.

Generally, films high on entertainment value are released on festivals like Diwali, Eid and Christmas as it adds to the occasion. In other words, there is some relatability between the content of the film and the festival.

Strangely, however, when it comes to the films lined up for Gandhi Jayanti this year, raw violence seems to be the norm. So, we have War starring Hrithik Roshan and Tiger Shroff and Syeraa Narasimha Reddy, a multi-starrer headlined by Chiranjeevi. Anyone who has seen the trailer for either film will be under no illusion about the extent of violence in both. And when we say violence, we don't mean just the good, old hand-to-hand dishoom-dishoom. There are guns, blasts and gore. 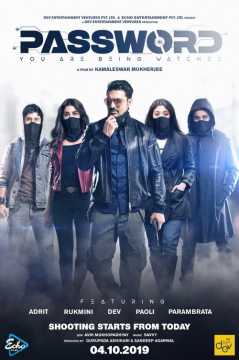 The phenomenon is not limited to Hindi and Southern cinema. Gandhi Jayanti this year also sees the release of Bengali action film Password, starring Dev Adhikari.

If you think this Gandhi Jayanti is an aberration, think again. Hindi cinema at least seems to have similar plans for next year, with Satyameva Jayate 2 and Toofan scheduled for release on the occasion. If Satyameva Jayate (2018) was any clue, you can expect to see many more people bashed up and worse in Satyameva Jayate 2. And while Rakeysh Omprakash Mehra’s Toofan, starring Farhan Akhtar, is a sports film, the sport in question is boxing.

Interestingly, the producers of War were almost forced to choose 2 October for their film's release, since all the other major festivals and national holidays were already taken up by other films and stars. Now that even Gandhi Jayanti is being booked well in advance, what next? A rush to book release dates on Nag Panchami and Raksha Bandhan?