The filmmaker's directorial debut competes in the world cinema category and is the only Indian film at the upcoming festival.

Indo-Australian filmmaker Satya Prakash Choudhary’s directorial debut The Last Koan is set to be premiered at the Chelsea Film Festival in New York this week.

The film, which combines drama, fantasy and thriller, is competing in the World Cinema category and is the only Indian film at the festival that is being held from 17 to 20 October.

Choudhary’s film focuses on a writer with unresolved issues with his late mother, and "a woman who has intermixed the identities of her husband and his best friend, as they explore the meaning of life, death, love and forgiveness". According to the press note, the film is about a postmodern Vikram-Betal tale that takes on multiple interpretations.

In a statement, Choudhary said, "I am honoured and thrilled that our film is the only Indian film which is being represented in the Chelsea Film Festival this year and has four official selections already from other international festivals, it’s a fantastic start. Such platforms acknowledge the hard work we put into it. I thank everyone who has been a part of the journey so far.

"My personal quest for self-expression has taken me from writing, painting and composing music to finally culminating in filmmaking. For me, art is a mode of inquiry and self-expression that counterbalances both the rational and the non-rational approaches to the human condition," he added. 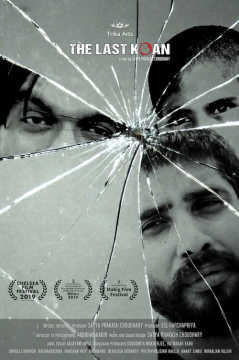 In addition to the Chelsea Film Festival, The Last Koan will be screened at World Cinema Milan on 4 December, where it has been nominated for Best Foreign Language, Best Original Screenplay and Best Cinematography in a Foreign Language Feature Film. The drama has also been nominated in all eight categories at the Mabig Film Festival in Augsburg, Germany, which is being held in April 2020.