MAMI 2019: Mahesh Bhatt is an absolute delight to work with, says daughter Alia


The actress was in conversation with filmmaker Karan Johar and her Udta Punjab (2016) co-star Kareena Kapoor Khan at a daylong event on 13 October ahead of the 21st Mumbai Film Festival.

For the final session of the 21st Mumbai Film Festival’s Movie Mela, filmmaker Karan Johar was in conversation with two actresses he has personally known since they were both 17, Kareena Kapoor Khan and Alia Bhatt. What followed was a light, fun chat wherein the stars talked about their personal equations and their journeys in Hindi cinema so far.

Kapoor was clearly the more laidback and relaxed of the trio, as she wasn’t worrying about being trolled for her comments online. She did admit that she comes online under a fake name, to see what others are posting. 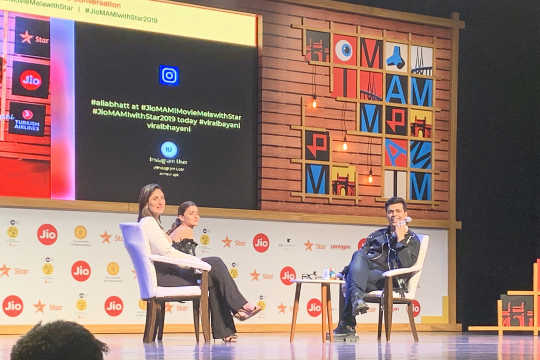 Bhatt, on the other hand, made a few gaffes, letting out an expletive, mistaking the word ‘scouting’ for ‘scrolling’ and what 'Netflix and chill' actually stands for. But when the conversation came back to the movies, the young actress spoke of her recent setback with the failure of Kalank (2019) and the experience of working with her filmmaker father Mahesh Bhatt for the first time with Sadak 2 (2020).

She said she wanted her character to be different with each film. This year, she played Safeena in Zoya Akhtar’s Gully Boy and followed it up with Roop in Kalank. The film, co-starring Varun Dhawan, failed to connect with either critics or audiences.

“I kind of knew in my head what was happening,” Bhatt said. “I didn’t know it was going to be that bad, so instant. I didn’t think we would get hit by a truck.

“When it happened, I was like, okay, it’s done. I later on thought about it, what really broke my heart was that I always had in my head an idea that if you work really hard it will always pay off, but it didn’t,” she said.

Bhatt mentioned speaking about it with a friend and was immediately called out by Johar about the 'friend' being Ranbir Kapoor, her boyfriend. His advice to her was “put in the hard work, it won’t pay off immediately, it will pay off in your life some day”. 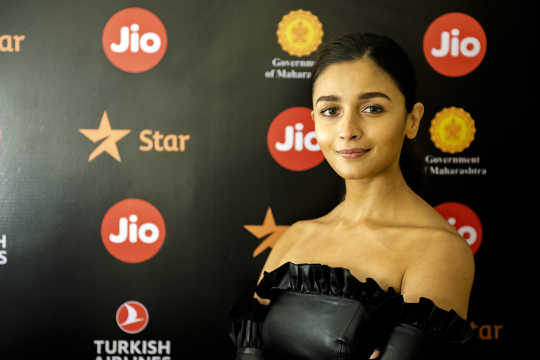 Next year, her first film with her father, writer-director Mahesh, will hit theatres on 10 July. The senior is back in the director’s chair after 22 years. Asked how it felt to be directed by him, Alia replied, “There are days where I think to myself, have I managed to get the director-actor relationship with him or is it still that he’s my father? I’m still confused.

“He is just an absolute delight to work with. He is so clear, his energy transcends all of us,” she remarked. Even through fever and cold, he powered through and worked longer than the youngsters on set.

“He moves so fast, you don’t even have time to think, and what’s amazing is he is so generous with actors. There was a scene I did, he doesn’t sit behind the monitor. He’ll sit and watch me, and I had to do an emotional scene. I didn’t plan on crying in the scene, but I just started crying. And he started crying. I felt him cry, even though my look was not towards him, and then for some reason, I kind of broke out for a moment, [because] that’s my dad crying, I can’t see my dad crying and I started crying even more,” she recalled.

For Alia, Sadak 2 was all about the process. “This is the one film I don’t care what is the outcome. We are putting out a good film from the heart. The joy that I have gotten to be connected with my father, to work with him and see him, he’s like a newborn baby on set,” she said.