The young filmmaker speaks about constructing his first film, working in a language other than his own, and seeking inspiration from National award-winner Rima Das.

In the past few years, the India Story and India Gold sections at the Mumbai Film Festival have showcased new filmmakers and given their features an opportunity to be discovered. There have been films from all over the country from Assam to West Bengal, in languages like Maithili and Ladakhi.

This year, a new batch of filmmakers will unveil their work to audiences at Mumbai's premier film festival. Nithin Anil, from Kerala, is one of them. The young filmmaker and his team were pushed towards their film, A Thing Of Magic, after seeing filmmaker Rima Das's efforts.

“We were thinking if she can do it, then why don’t we also attempt something?” Nithin told Cinestaan.com in a telephone conversation. So, he assembled a small group of like-minded people and off they went on their quest.

“Being filmmakers from Kerala, we thought of stepping out of our comfort zone,” Nithin said of making a film in the vein of Das’s debut feature Village Rockstars (2018). “We were all first-time filmmakers. None of us had actually made a film before. The whole idea of low-budget, especially here in Kerala, is nothing short of Rs5 lakh.”

A majority of Nithin’s crew is from the Chethana Media Institute at Thrissur, Kerala. He met them on another film set, and they were all on the same page of making a film together. Later on, in the filmmaking process, they were joined by their sound designer, Christian Tanto, from Brazil, and the colourist, Surjith S Pai, from Bengaluru.

So, undaunted and with faith, Nithin and his team persisted in making their film. The idea for A Thing Of Magic came to him after he had volunteered with an organization in Anegundi, Karnataka.

“There was one particular conversation between two children about a particular movie," he said. "That’s where it immediately struck me that there is no theatre close by, how would they even think of watching a film? How long would they have to travel to watch a film for themselves?”

That germ of an idea grew to the current story of two children wanting to see a 3D film. There was no proper script, but a lot of discussion of what could be. The uncle of one of the producers invited them to come to Satara in Maharashtra to look at villages and base their film there. They finally zeroed in on a little village called Arale.

“We went there in February and searched [through] a lot of villages," Nithin said. "Some villages had no electricity, some were pretty poor and we didn’t want to add to their problems by just bringing on a film there. [Arale] was very receptive of us.”

A small house in the village was turned into a makeshift audition camp where a hundred villagers showed up to audition. The team thought they would have a hard time picking out one or two from the group. Instead, they found that all of them were amazing, Nithin said.

According to him, they weren’t awed by the process of filmmaking and adjusted easily to the crew. For the auditions, they gave them a few scenarios to act out and recorded the auditions on phones. And yes, all 100 of the villagers made it into the film. 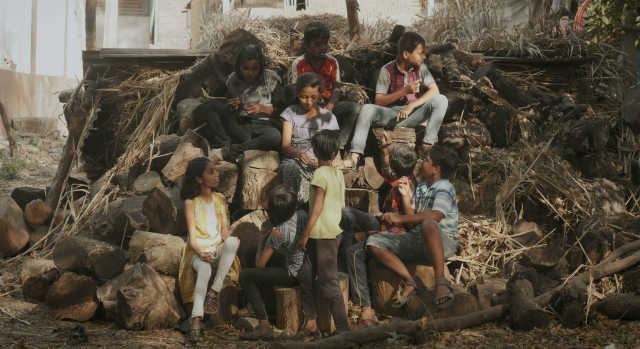 While the team didn’t have to prepare the first-time actors much for the camera, a day's workshop was held to familiarize the newcomers with film equipment. “Because we were capturing live sound, we had a huge boom pole and a mic. I’m pretty sure they hadn’t seen [them] before. I had to tell them what we are going to do with this and make them feel comfortable around it. Most importantly, the workshop was to make them feel comfortable with us,” Nithin said.

A Thing Of Magic was filmed during the 2019 Lok Sabha election earlier this year. The entire village got so involved in the making of the film that when a van belonging to a political party interrupted filming, some of them asked the campaigners to pipe down and wait until shooting was completed.

The film was a wholly collaborative process as the script, largely visual writing in Malayalam and English, was fully formed with the cast while filming. “Even while shooting, we never gave the actors strong dialogues which they have to memorize and say. I just gave them a lot of anchor points like from here, you just say something like this and from here, you need to get to here, and you can say it in your own language, no problem. And we did it,” Nithin explained.

Their translator, Aninditha Pradeep, spoke both Malayalam and Marathi and helped to facilitate the conversation between the crew and the cast.

“But that too was a fun part,” Nithin recalled. “We didn’t understand a word that they were saying, and towards the end, after the 15th day, I kind of understood what they were saying, and they kind of understood what I was saying. After the 20th day, our translator was not there with us, we didn’t need her for the remaining two days. They knew exactly what we wanted.” 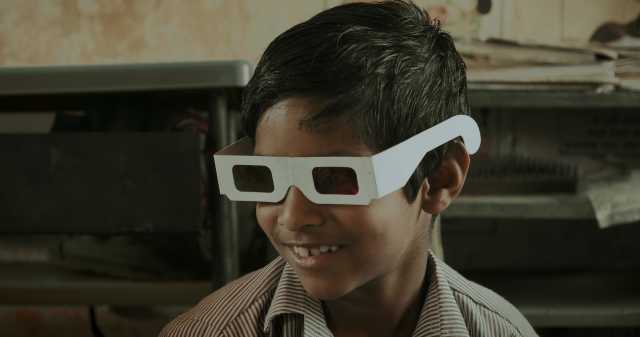 Incredibly, A Thing Of Magic was filmed in 22 days with Do-It-Yourself (DIY) equipment. As Nithin explained, the film was self-funded on a shoestring budget so they had to make do with whatever filmmaking equipment they could get. “The camera was actually borrowed from a friend. It was a GH5. The sound equipment, I already had it because of a documentary I had done previously. We only purchased a few things here and there,” the filmmaker said.

Shooting on the go, the team did not have the luxury of planning and had to stage a scene and shot right before filming began. “There were times when we couldn’t use a tripod and lock the shot, we had to make a shoulder rig with a few PVC pipes. The cinematographer [Priyadarsan ND] had done this before, but for short films. I don’t think people actually recommend doing this for a feature. But we did it and it actually came out well,” he said, going back over the scenario.

For the film's two young leads, the team had to choose children who would look and act like sisters. “Not only did we have to choose two child artistes, we had to choose the right pair who would resemble each other and that was a little difficult. We had a lot of children coming up, and out of the children, five to six of them were really good and we had to bundle them up into pairs and finally take a call.”

Finally, young Vaibhavi Pramod Kadam and Pradnya Parshuram Kadam were chosen. Little Vaibhavi also knew a bit of English that she had learnt at school and that helped with the communication. Another revelation for the team and Nithin was Seema Tanaji Kadam.

“You have to see it to believe it,” the filmmaker exulted. “I don’t know how she pulled it off. Her role is a little deep, and she sort of goes into the character. She watches a lot of Marathi soap series and she always wanted to become an actress back in the day.”

Though they were dealing with artistes who had never acted or faced the camera before, Nithin and his team did not have to alter their story or screenplay much. They did have to wait every day for their cast to become available from their daily schedules or for school to finish.

Nithin also shared that they went younger for the character of Gundu Kaka, after seeing Harshad Baliram Kadam dancing at a wedding. “It was a character that demanded a lot of carefreeness, even in the physical sense," he explained. "We needed someone who would communicate that well. [Harshad] was dancing and singing and he had this big baali [ring] in his left ear. And immediately, we were like this is the actor we want.” 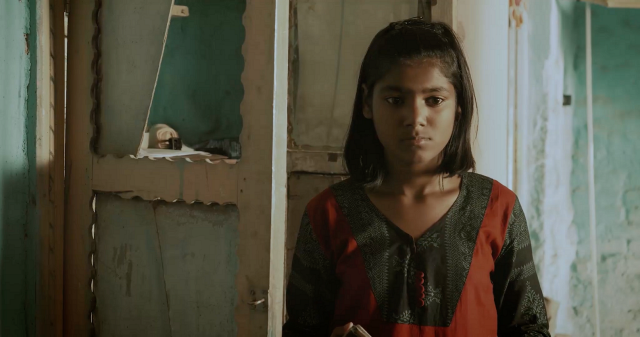 Nithin was always into storytelling and wanted to make a film since his younger days. His mother is an actress in Malayalam cinema and he feels that’s where the initial curiosity about the medium may have grown. He believes that "in today’s world anyone and everyone can be filmmaker”. Furthermore, he is motivated by the fact that money and budgets shouldn’t be a deterrent.

“We have nothing to lose," he said of embarking upon filmmaking. "We are not taking any other producer’s money or crowdfunding it even, it was completely my own money. I can do whatever I want. So I say let’s do it. Our biggest challenge was that we are doing it in a state and language that we have no idea of.”

It seems that barrier will be transcended when the film is screened before an audience at the 21st Mumbai Film Festival later this week. The excitement in Nithin's voice is palpable, but he admits the screening will be more meaningful because he gets to share it with the village of Arale, especially little Vaibhavi, who was ecstatic to hear of the film festival selection.

“More than me making a film and playing it for people, it’s so huge for me that I get the opportunity to introduce these amazing talents to the people,” he said.

Beyond that nothing else has been planned, it’s one step at a time for the team. A Thing Of Magic will have its world premiere on 19 October in Mumbai.

A Thing of Magic