Pictures from Haasan’s family reunion along with daughters Shruti and Akshara and brother Charu Haasan have gone viral on social media. 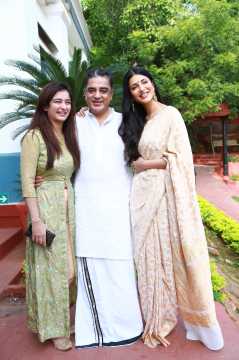 During his stay in Paramakudi, Haasan will also unveil a statue of his late father, D Srinivasan, in an event.

Meanwhile, a grand event is being planned in Chennai to commemorate 60 years of Haasan’s acting career. The event is scheduled to take place over the weekend in Chennai and will witness many popular Tamil personalities from the film fraternity in attendance. 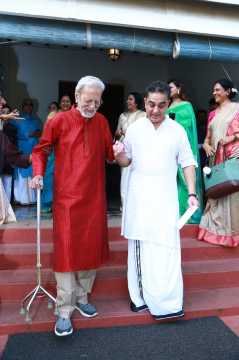 On Friday, a special screening of Hey Ram (2000) has been organized in a leading multiplex in Chennai. The screening will be followed by question and answer session on the making of the film with Haasan himself.

On the career front, Haasan is currently working on Shankar’s Indian 2 (2020), which marks his returns as the nonagenarian vigilante, Senapathy. The makers recently completed shooting the second schedule in Bhopal and Gwalior.

The makers spent a whopping Rs40 crore to shoot a major action sequence in the Bhopal schedule. National award-winning stunt choreographer Peter Hein was roped in to oversee the action episode.

The next schedule of Indian 2, which also stars Rakul Preet Singh, Siddharth, Bobby Simhaa and Priya Bhavani Shankar, will begin from third week of November.

Kamal also has Thalaivan Irukkindran, a rumoured sequel to Thevar Magan (1992), in the pipeline. The film will star Revathy, who played a crucial role in Thevar Magan, in a pivotal role.