On Sengupta’s 48th birthday today, we pick up five of the best performances delivered by the actress in her career, which is continuing to flourish even after more than thirty years since she started her journey.

One of the most celebrated actresses of Bengali cinema, Rituparna Sengupta has won multiple awards and appeared in Hindi as well as Bangladeshi films.

In her career spanning for more than three decades, she has received a National award for Best Actress and several other prestigious recognitions too. Known for her popular films with Prosenjit Chatterjee, Sengupta has also delivered commendable performances in critically acclaimed films. She is still one of the primary choices for directors making films on strong female characters.

Often referred to as director’s actress, she has worked with all the prominent directors of her time, including Tarun Majumdar, Prabhat Ray, Haranath Chakraborty, Rituparno Ghosh, Aparna Sen, Kaushik Ganguly, Srijit Mukherji and the duo Shiboprosad Majumdar and Nandita Roy. Shet Patharer Thala (1992), Moner Manush (1997), Sasurbari Zindabad (2000), Mondo Meyer Upakhyan (2002), Dahan (1997), Paromitar Ek Din (2000), Utsab (2000), Anuranan (2006), Muktodhara (2012), Rong Beronger Kohri (2018) and Aha Re (2019) are some of her most significant films of her career.

On Sengupta’s 48th birthday today, we pick up five of the best performances delivered by the actress in her career, which is continuing to flourish even after more than thirty years since she started her journey. 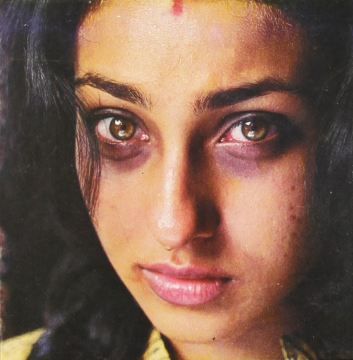 One of the most accomplished works of film Rituparno Ghosh, Dahan traces the space of women in middle class society from two ends. In the film, Rituparna Sengupta and Indrani Halder play the protagonists, placed at the opposite ends of a narrative, yet they meet at the single connecting point of exploitation. Dahan is an extremely nuanced film, with each character bringing out the different layers in which patriarchy unfolds and tends to silence women.

Sengupta’s character, born in a well-off and apparently liberated family, is married into a traditional household, where customs and rituals play important roles. When she is at the early stage of figuring out her marriage, she gets molested on the streets by some goons, who end up beating her husband too. Both of them are saved by Halder.

While Sengupta tries her best to recover herself from the trauma, her husband and in-laws take it all on her, when she turns into the matter of shame for the entire family. Not only her husband maligns her character, but he also rapes her to enforce on her his position as her husband.

Sengupta puts up a powerful performance as she magnifies the gradual sinking of her soul amidst insult and disrespect in the close quarters she lives. She turns vulnerable at the moments she contemplates divorce from her husband, but eventually begins to consider her inner independence to be her priority. Sengupta received the National award for Best Actress for her engrossing performance in the film.

Aparna Sen’s film tells a story of women and companionship at a context in which, despite coming from different backgrounds, two women face exploitation at the same level and look for solace in each other. In the film, Sengupta plays an educated girl from south Kolkata, who ends up at a conservative family of north Kolkata, as a result of an arranged marriage. She gradually figures out that her husband cannot sexually satisfy her. Her mother-in-law, played by Sen herself, loses her husband at an early age. Both the daughter-in-law and mother-in-law bond over their unfulfilled desires. Both have two special children, who they love dearly, but get regularly shamed for giving birth to them.

Sengupta brings out various shades of her character, who despite being the victim of circumstances, never ceases to be herself and speaks her mind. She beautifully puts her character in contrast to that of Sen, who can never rise above her circumstances and brings out the nuanced emotions of friendship that they both feel together. 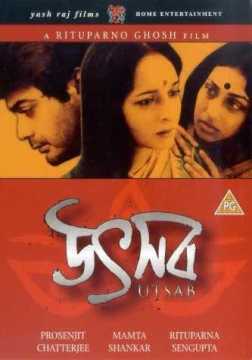 Rituparno Ghosh’s Utsab brings out the complexities in each of the members of a joint family that gathers every year on Durga Puja. While apparently there seems to be an issue of selling their ancestral place and everyone voices their own opinion regarding it, all of them are much more troubled regarding certain personal issues in their respective lives, which none can come to terms with easily.

Sengupta here plays Keya, the younger daughter of Madhabi Mukherjee, who has an alcoholic husband (Prosenjit Chatterjee). Keya tries hard to keep their marital problems secret amidst the puja ceremony, when everyone asks her about her husband. She makes excuses, but the deep, dark circles under her eyes reveal her daily plight.

Sengupta realistically depicts Keya’s submissive emotions as she eventually gets back to her husband, who manages to have their relationship manipulated to his own end. Sengupta becomes the embodiment of a tragic reality, which projects the perennial compromising situation a woman goes through.

Sengupta shines in her idealistic avatar in this tragic film, as she portrays an educated city bred woman, who falls in love with a man from the village. After marriage, she ends up in an atmosphere, where she finds out that women, who have been oppressed for ages, have turned into the biggest enemies of their freedom of expression.

As the village women finds Sengupta’s liberated and dignified actions outrageous, she keeps working hard towards educating them of their best interests. Her character doesn’t contain grey shades. She rather appears like a holy figure, on her mission to redeem some people, drenched in their own sins. In the process, she achieves her goal and but dies a tragic death.

Sengupta’s performance in Aniruddha Roy Chowdhury’s Anuranan have both been praised and criticised by the reviewers. Many of them have found her Hindi dubbing to be disastrous but at the same time have appreciated her for naturally getting into the skin of her character, Nandini.

In the film, Nandini is married to Rahul (Rahul Bose), but her marriage is not necessarily blissful. It often seems that she fails to come to terms with her reality. She takes up a job at a Montessori school to cure boredom as her husband gets busy with a project. Both Rahul and Nandini meet a couple (Rajat Kapoor and Raima Sen), each of them develop a strange bonding with each other’s spouses that forms out of the lack of fulfilment in their respective marriages.

Sengupta portrays her character, with infusing femininity, grace and poise, yet making it apparent through her act that she doesn’t own her life. The ability to conform to her surroundings in her character is subtly depicted by Sengupta’s expressive performance.