Amala Akkineni excited about signing a bilingual after many years


This project will mark Amala’s comeback to Tamil cinema after two decades. Her last Tamil outing was Karpoora Mullai, which released in 1991.

Actress Amala Akkineni, who made a comeback to acting a few years ago, is excited about signing a yet-untitled Tamil-Telugu bilingual project after many years. The film features Sharwanand and Ritu Varma in the lead roles. 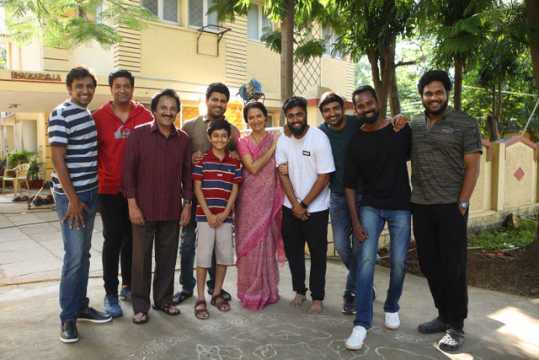 This project will mark Amala’s comeback to Tamil cinema after two decades. Her last Tamil outing was Karpoora Mullai, which released in 1991.

“It's been heartwarming playing amma to Sharwanand. Working in a Tamil / Telugu bilingual after many years,” Amala tweeted.

According to a report by the newspaper Hindustan Times, Amala agreed to be part of the project because it’s not a regular mother’s character. As per the story, Amala’s character plays a crucial part in the hero’s life.

The project, which is currently on the floors, is being bankrolled by Dream Warrior Pictures.

Last seen on screen in a key role in Dulquer Salmaan’s Karwaan (2018), Amala is still very choosy about her projects. Not long ago, she said in an interview that she has no plans of returning to acting full-time as she has too much on her plate.

A leading star of southern cinema in the 1990s, Amala currently heads Annapurna International School of Film & Media (AISFM), and is also an animal activist and a co-founder of Blue Cross of Hyderabad.