The high court granted J Deepa, niece of the late chief minister of Tamil Nadu, leave to file a civil suit against the makers of Kangana Ranaut's upcoming film.

It appears that negative reviews for Thalaivi's teaser are not the only thing Kangana Ranaut needs to worry about. The Madras high court has granted permission to J Jayalalithaa's niece, J Deepa, to pursue a civil suit against director AL Vijay and the makers of Ranaut's film. The permission also means that Deepa can file a suit against an upcoming web-series by Gautham Vasudev Menon and Prasath Murugesan, also based on the life of the late actress-turned-politician.

Deepa had moved the high court in early November stating that she was the legal heir to the former All-India Anna Dravida Munnetra Kazhagam (AIADMK) chief and the filmmakers did not possess the legal rights to make a film on her aunt's life. The plea also claimed that the film(s) would affect the privacy of J Jayalalithaa's life and, by extension, her own privacy.

The teaser of Ranaut as Jayalalithaa was released earlier this week and ran into criticism for the prosthetics used. The film is set to be released on 26 June 2020.

Thalaivi is not the only film being made on the late chief minister. Gautham Menon, who had filed a counter plea against Deepa's claim in the high court, is working on a web-series based on a biography of the former AIADMK chief. Titled Queen, the series features Ramya Krishnan as the former chief minister and is directed by Prasath Murugesan. 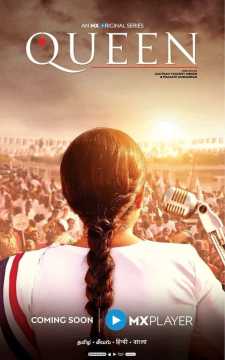 Deepa had filed a composite plea against both projects. She has also requested a copy of the scripts for both to be shown to her, and demanded that the court accept that her explicit permission was required to make the films.