Girlz is a film that kids should see with their parents: Devika Daftardar


The actress plays the role of Ankita Lande's mother in the upcoming film.

Daftardar plays the character of Ankita Lande’s caring mother. As seen in the trailer, she cares for her daughter and therefore puts various restrictions on her. Speaking about the film, the actress said in an official statement, “I guess this is the story of every household. Hence, you can correlate the film with your life. Young girls will see themselves in the three girls while the parents will search themselves in the characters of the parents.” 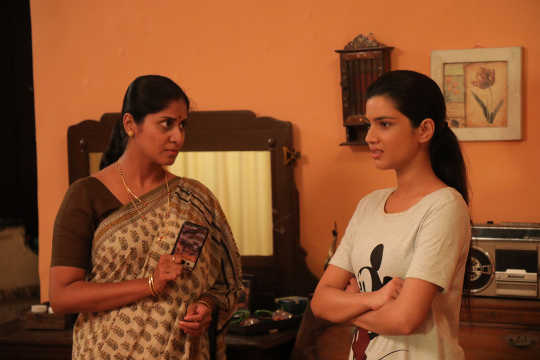 Along with Lande, the film stars Ketaki Narayan and Anvita Phaltankar in the roles of the other two girls. They play carefree youngsters who don’t let any opportunity to enjoy life pass them by.

Revealing more about the film, Daftardar added, “No matter how many restrictions parents put on their kids, they surely stand by them during crisis. People will realize this while watching Girlz. This film is about positively changing the perception of kids and parents towards each other. So, kids should watch this film with their parents.”

Directed by Vishal Devrukhkar, Girlz will be released on 29 November.