The filmmaker speaks about the boldness of his film starring Sai Tamhankar and Rajesh Shringarpure and elaborates why it's no big deal to make over 45 films in 17 years.

Gajendra Ahire’s latest Marathi film has an unusual title, Kulkarni Chaukatla Deshpande (2019). When asked about the reason for naming the film such, the filmmaker said, "It’s the demand of the story and nothing else. We thought of it while we were working on the story. And everyone liked it."

Ahire said that his film shows the change in society among grown-ups. "We can see around us the changes that are taking place," he said. "We also see how people react during a mid-life crisis. This is how we found the germ of the story."

Kulkarni Chaukatla Deshpande is about a single mother (Sai Tamhankar) falling in love with a single father (Rajesh Shringarpure) and its consequences. Ahire agrees that this is a bold film, but he believes it is still a family film. 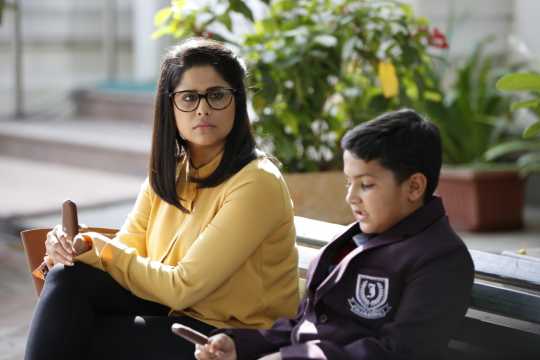 "We need to accept that we all have got bold right now. We might feel films are bold, but the society itself is also bold now. People are speaking truth and are reacting in a truthful way. The taboos are fading away. So it was important to show it in the movie," he said.

The film has Nikhil Ratnaparkhi play the titular character of Deshpande. However, he is hardly shown in the trailer and songs that are released. Ahire said that this is done because there is a surprise element related to his character.

When asked about the casting of Tamhankar, he said, "Sai was in my mind during the writing stage itself. We have done seven-eight films together. We both know each other’s capacity. We also know each other’s nature, affection and the way we both fight."

This is also a rare Marathi film to be shot in a location like Ladakh. “It was the demand of the story for those parts to be shot at a place like Ladakh. The grandeur is seen in the film now,” said Ahire.

The filmmaker is known for making films in low to moderate budgets. Did shooting in the exotic locations of Ladakh add to the budget? "I don’t think I make films in low budget," replied Ahire while answering the question. "I make films in the right budget. So, whatever a film needs should be given."

Ahire has a phenomenal record of making over 45 films in a span of 17 years. When it was pointed out to him that hardly any filmmaker works at this pace, he was quick to add, "I don’t like being compared to other filmmakers. This is my work and I do it every day after waking up in the morning. I don’t find it different that I am doing so many films. I am motivated to do it. I am always involved in my work."

It is clear from his filmography that Ahire doesn’t like repeating subjects or even genres. He agrees that this has always been a conscious decision. "I have decided that I won’t play the same game again. There are so many things to do in the world. There are so many stories and characters with happiness and sadness. We should keep exploring new stories," he said.

When you have known faces like Tamhankar and Shringarpure, it goes give rise to expectations at the box office. Ahire too is expecting people to go to the theatres in large numbers. But he also added, "I feel box office is just one of the revenue options. There are other revenues too for movies. But yes, a film working at the box office is delightful."