The actor made his debut in Machine (2017) with Kiara Advani.

Mustafa Burmawalla, the son of Abbas Burmawalla, of the director duo Abbas-Mastan, has landed his second film after debuting in Machine (2017) with Kiara Advani. He will star with Tanisha Mukherjee and Siddhanth Kapoor in Khabees.

Khabees is directed by Sarim Momin and produced by Mohaan Nadaar of The Production Headquarters, UK. Besides Burmawalla, the film’s cast includes Aradhana Dhawan, Bharat Dabholkar and Chirag Bajaj. 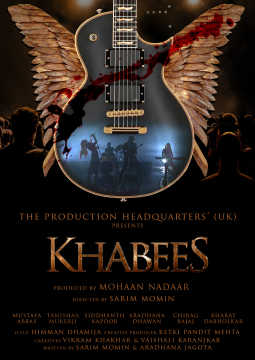 The first teaser poster of the film features a guitar set against a backdrop of wings. Ominously, there is a spatter of blood on the musical instrument. The poster also captures a reflection of the band on the guitar. All clues point that the film is likely to be a musical thriller.

After Machine, helmed by his father and uncle Mastan, Mustafa was seen in the short film, The Last Meal (2019), with Zarina Wahab.