On the writer's 84th birthday (2 November), we look back at five of the most memorable films adapted from his stories by some of Bengali cinema's acclaimed directors.

Shirshendu Mukhopadhyay is one of those popular Bengali authors who has inspired filmmakers time and again. Mukhopadhyay has written stories across various genres. The ones he wrote for children are his most popular. But his stories about ghosts, treasure hunts and detective mysteries have provided some of the more bankable scripts for directors over the years.

The most striking aspect of Mukhopadhyay’s stories is their eternal relevance. For the same reason, from the legendary Tapan Sinha to present-day filmmaker Arindam Sil, top directors have always gone back to his stories to adapt them on screen.

On Mukhopadhyay’s 84th birthday today (the writer was born on 2 November 1935 in Mymensingh in what is now Bangladesh), we look back at five of the most memorable films adapted from his stories by some of the most acclaimed directors of Bengali cinema. 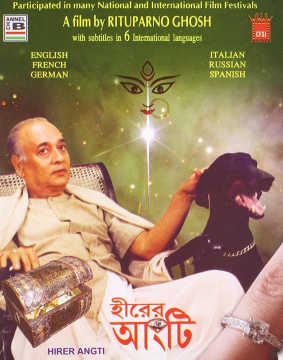 Rituparno Ghosh's debut film as director, Hirer Angti is based on Mukhopadhyay’s story of the same title. An enchanting story as well as a film primarily meant for children, Hirer Angti, or The Diamond Ring, featured Basanta Chowdhury, Ayan Banerjee, Sunil Mukherjee and Bankim Ghosh in important roles.

The slow-paced yet gradually engrossing film revolves around the character of Gandharva Kumar (Ayan Banerjee), who suddenly makes an appearance in the Banerjee family a day before Mahalaya, when the family is busy preparing for Durga Puja. He impresses the young members of the family with various magic tricks and eventually reveals a secret about the family that leaves everyone shocked.

Besides the dedicated performances by the artistes, the film's content was amped up by Ghosh’s powerful writing. The dialogues are not only fascinating but allow each of the characters to take shape within a short span of time.

Hirer Angti never had a theatrical release, however. 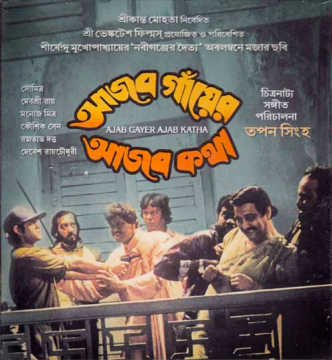 King Birchandra (Chatterjee) is a happy-go-lucky man who is hardly interested in unearthing treasure. Some of the villagers are aware of their king’s benevolent nature and decide to take advantage of the situation to possess the treasure. Others, sensing the danger, try to save the king from being attacked by the greedy opportunists.

Like most of Tapan Sinha’s films, Ajab Gayer Ajab Katha was made for audiences of all age groups. But the innocence of the film will make the viewer nostalgic. The authentic portrayal of a rustic lifestyle and the coexistence of human beings and trees will appeal to the audience. Besides, the film contains fine performances by some of Bengal's most talented artistes. 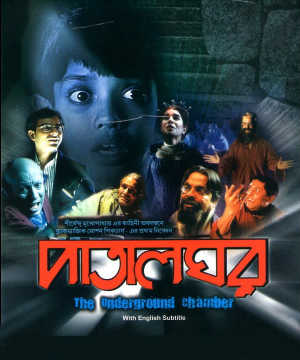 Often considered one of the finest films based on a Shirshendu Mukhopadhyay story, Abhijit Chowdhury’s Patalghar features Soumitra Chatterjee, Joy Sengupta, Kharaj Mukherjee and Mita Vashisht in important roles. Though there were some complaints that the film took liberties with the original plot, it largely corresponds to the story’s essence and the sci-fi elements.

Shot by rewowned cinematographer Avik Mukhopadhyay, Patalghar revolves around a unique device invented by ageing scientist Aghor Sen (Chatterjee). The sound waves from the device can put any living being to sleep. However, with Aghor Sen's death, all traces of the device are gone.

Years later, Dr Bhootnath Nandy (Sengupta) finds out about the machine from a diary left behind by Aghor Sen and tries to decipher the clues mentioned in the diary to get to it. That is when he finds out that he is not the only one trying to get his hands on the unique invention. Interestingly, an alien also gets involved in the drama and a conflict about the inventor's true heir also arises.

Put together with some powerful performances and giving honest messages, Patalghar remains one of the most remarkable Bengali films in the sci-fi genre. 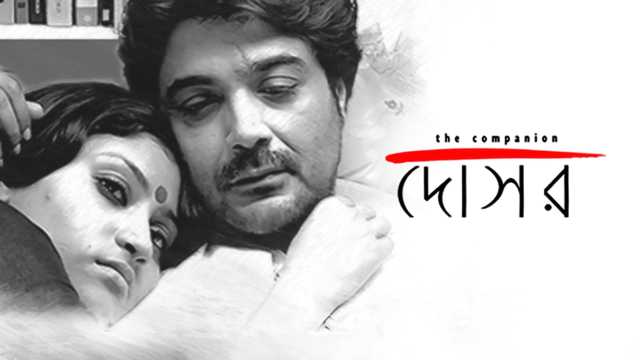 The story of Dosar deals with the tricky subject of extramarital relationships with maturity. Rituparno Ghosh, one of the more sensitive filmmakers to deal with human emotions and relationships, turned this tale into a movie with finesse. The plot is proof of the wide range of Shirshendu Mukhopadhyay's creative abilities, otherwise better known for his literary creations for children.

The film was a success because of brilliant performances by Konkona Sensharma, Prosenjit Chatterjee, Parambrata Chatterjee and Pallavi Chatterjee, backed by a powerful screenplay. The film explores the ordeal of a wife (Sensharma), who learns that her husband (Prosenjit) was having an extramarital affair after he is severely injured in a car accident, an accident in which his paramour dies, and she has to look after him.

The story explores the constraints as well as the depths of a marital relationship. 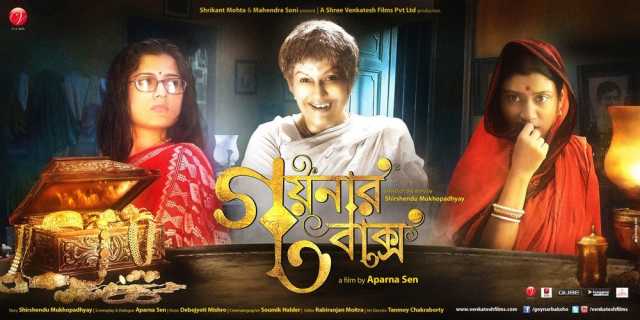 A funny adult ghost story, Goynar Baksho, written by Mukhopadhyay. was turned into a film by Aparna Sen who took a lot of creative liberty in the process. A beautiful feminist commentary that addresses various issues of patriarchy, Goynar Baksho also contains stunning performances by the veteran Moushumi Chatterjee and the director's daughter Konkona Sensharma.

Chatterjee plays the ghost of a woman who lost her husband at the rather tender age of 11 and lived the constrained life of a widow thereafter. Her prized possession in life was her box of jewellery (Goynar Baksho), which serves as a metaphor for her uninhibited curiosity and desire in the afterlife for love and all the beautiful gifts of life. Sensharma plays a naïve daughter-in-law whom Pishima (Chatterjee) starts guiding and leads to champion all the areas of life in which a woman blossoms.

Update, 5 November: The copy was re-edited to include the fact that Rituparno Ghosh's Hirer Angti never had a theatrical release.