The few who want to do good find themselves helpless: Jhalki director Brahmanand Siingh


The filmmaker speaks about the horrors of child labour, the unequal system, and the need to highlight the problem.

With actors like Sanjay Suri, Tannishtha Chatterjee, Divya Dutta and Boman Irani helping it along, the film delves into the lives and struggles of children trapped in a ruthless world as well as the people fighting this injustice.

Speaking to Cinestaan.com, Brahmanand Siingh emphasized that this injustice is the result of what he called "collective insensitivity". He said: "The system has to find empathy which right now is absent. When someone dies, try going to get a death certificate. An accident victim being admitted to the hospital faces so much red tape even now. These are all part of the system, people who are unsympathetic, lacking empathy. It is a collective insensitivity."

He added, "There are kids around us who live in fear, even while they live with their family and friends. Their childhood is compromised in some way. Child labour works at an even more aggressive level than this."

But at the same time, there is hope. A keen champion of the film, and an inspiration for its story, was Nobel Peace laureate Kailash Satyarthi. Satyarthi, represented in the film by Boman Irani's social activist character, has long been a crusader against child labour. Speaking of Satyarthi, Brahmanand Siingh said, "Kailash Satyarthi has been a great supporter through this entire journey, and very inspirational. He has freed more than 80,000 kids. The fact that he was risking his life, against odds, against the system and financial limitations, we found it very relevant and inspirational."

Despite the odds, the director remains hopeful for the future. Excerpts from the interview:

After two critically acclaimed documentaries, what gave you the idea of making a feature film on this story?

I don't differentiate between documentaries and feature films. A filmmaker is a filmmaker. You have to tell a story. You have to know the narrative elements, how to attract the audience, tell the right thing in the right way, a sense of structuring, etc. That is pretty much the same in documentary and features.

So, what led to the initial idea?

At some point in time, I had learned about the menace of child labour and trafficking. It was a very big issue. It was something close to my heart. [Filmmaker] Prakash Jha and I had written a story. We decided that this should be made into a film. There was also support from the Sundance script lab and NFDC Film Bazaar among others. Everyone said it was a relevant subject and a beautiful story, but for some reason the film was not able to make the final step.

What do you think we need to change in our approach towards children?

There are kids around us who live in fear, even while they live in their family, and friends. Their childhood is also compromised in some way. Child labour works on a more aggressive level than this. 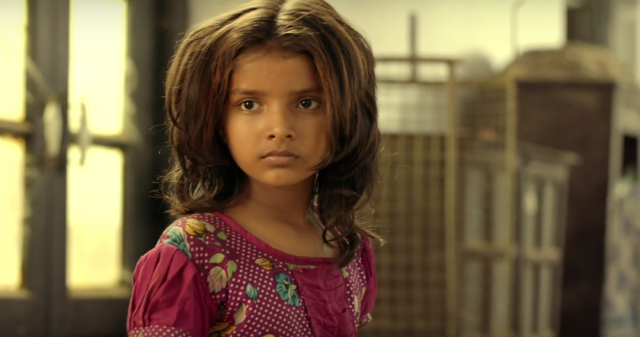 You are talking about a system, represented in the film through multiple personalities, including Sanjay Suri, who plays this district collector unwilling to tackle an issue that is evident to him.

I think he is part of a system. The issue with the system is that even the few who want to do good find themselves tied in helplessly. They are handcuffed in the system. Sanjay Suri's character represents that. He has to free himself from the system before he can free anyone. The system has to find empathy which right now is absent. When someone dies, try going to get a death certificate. An accident victim being admitted to the hospital faces so much red tape, even now. These are all a part of the system. People who are unsympathetic, lacking empathy. It is a collective insensitivity.

This is the system that Sanjay Suri represents in the film. When he grows, the system changes. He grows because of Jhalki. She shows him the courage.

How did Kailash Satyarthi's involvement in the film come about? When was your first meeting with him?

We started to know about Kailash Satyarthi's work, it was very inspirational. The fact that he was risking his life, against odds, against the system and financial limitations, we found it very relevant and inspirational.

When we told him about the film, and started writing, we would bounce the ideas with him. We would ask him about the spaces where and if he felt we lacked any authenticity. How we could improve sensitivity? We had made 14 drafts of the script and shared them with his team.

Kailash Satyarthi has been a great supporter through this entire journey, and very inspirational. He has freed more than 80,000 kids in his lifetime. I am not surprised that he was awarded the Nobel Prize for Peace.

You spoke about shooting at real locations and trying to disguise it because there were still elements of danger, the threat of kidnappings remained. Did your work as a documentary filmmaker help at these moments?

The ability helps you see things that as a feature filmmaker you sometimes don't. You are able to see reality and capture it as it is. That art of filmmaking, suspension of disbelief, is simply believing. You suspend your disbelief! It comes from the authenticity of faces, people, acting, everything.

The experience of a documentary filmmaker also helps you capture reality better. Sometimes your frames become too sanitized. They start looking unreal and thus unconvincing.

Working with kids is never an easy task. What was the process to find the right Jhalki?

Very important! Finding the right kids was at the centre of the thing, because they are the thread through which the story moves. The character of Jhalki is uneducated, rustic, but absolutely sharp, focused, dedicated and very possessive of her brother. She needed to have an intelligence that reflected in her eyes and face.

The brother had to look innocent and caring. We went through several auditions before we found the two perfect kids to play the role.