Actor Ravi Teja’s new Telugu film with director Gopichand Malineni has been titled Krack. The project which also co-stars Shruti Haasan was officially launched in a ceremony on Thursday, 14 November, in Hyderabad.

Producer Allu Aravind clapped the first shot while writer Paruchuri Venkateswara Rao switched on the camera. The script was handed over by director Surender Reddy and producer Dil Raju. The first shot was directed by veteran filmmaker K Raghavendra Rao. 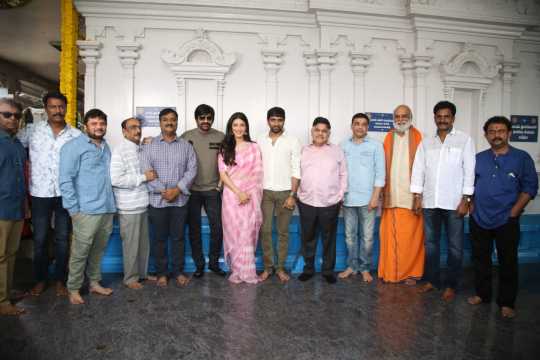 Tipped to be an action-thriller, the film will see Ravi Teja play a cop. Recently, reports emerged that the film is a remake of Tamil film Theri (2016), which featured Vijay as a cop. However, director Malineni clarified via a tweet that the film is not a remake.

On Thursday, the film’s first look poster was unveiled. The poster features a mugshot of Ravi Teja and he sports a slightly twirled mustache while his eyes look fiery. 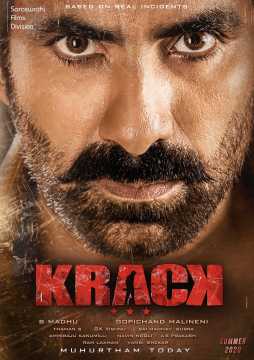 The poster also revealed that the film will be based on real incidents. While GK Vishnu is the cinematographer, SS Thaman will compose music.

Meanwhile, Ravi Teja currently awaits the release of his next film Disco Raja (2019), which has been directed by Vi. Anand and is slated to release on 20 December. The film also stars Paayal Rajput, Priya Jawalkar and Nabha Natesh.