Going by the number of films Akshay Kumar has been signing all year, it is expected that he will appear on the screen after every two-three months. After his Diwali release Housefull 4 (2019), the actor is now ready for his Christmas release Good Newwz (2019).

The posters of the film are creatively funny. The term ‘good news’ is used to describe a woman’s pregnancy, and the latest posters feature Akshay Kumar and Diljit Dosanjh each sandwiched between the tummies of two pregnant women. 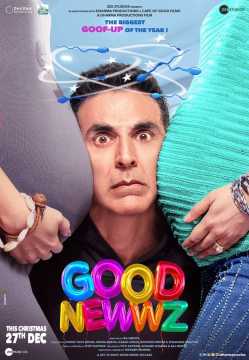 Akshay's reaction gives a feeling that the film will be a crazy comedy in the first poster. He is tensed but in a funny way. We generally see this expression of his in films like the Housefull series. In the second poster Dosanjh isn’t tensed whatsoever. In fact, he looks delighted with those red sunglasses on. 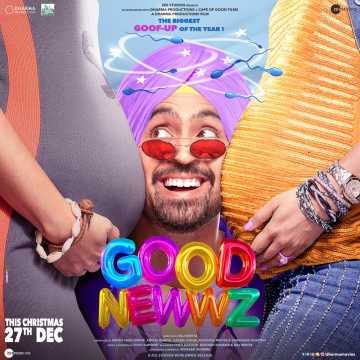 But in the third poster, both of them are looking tensed. This poster also brings in the leading ladies of the film, Kareena Kapoor Khan and Kiara Advani.

The film is taglined, ‘Biggest goof-up of the year.’ An official statement from the makers reads, “The goof-ups are bound to multiply...and that's how you get - Good Newwz!” This indicates that there might be a confusion comedy regarding who is the father of whose baby.

Good Newwz is the directorial debut of Raj Mehta. He has worked as an assistant director on a number of well-known films like Aarakshan (2011), Aurangzeb (2013), Humpty Sharma Ki Dulhania (2014) and Kapoor & Sons (2016). He was the associate director in Shashank Khaitan’s Badrinath Ki Dulhania (2017).

Produced by Karan Johar’s Dharma Productions and Cape Of Good Films, Good Newwz will be released on 27 December.