The actor was appreciated in his last film Braveheart: Jidd Zagnyachi (2017).

Sangram Samel will now seen playing an important character in Vicky Velingkar, which stars Sonalee Kulkarni as the titular character. The actor was appreciated in his first lead role in the Marathi film Braveheart: Jidd Zagnyachi (2017). It was a biopic on a guy who succumbed to a serious spinal ailment after putting a brave fight.

Speaking about Samel’s casting, Kulkarni said in an official statement, "Sangram and me are working together for the first time. He is playing Vicky’s friend who is a hacker. He is someone who can do anything for the sake of friendship. I enjoyed working with Sangram."

The makers have released the character poster for Samel’s character which has a dialogue saying, "When it comes to friendship, giving and taking life is one as the same." 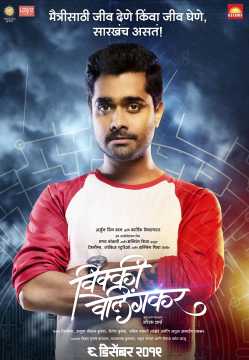 The film also stars another known name, Spruha Joshi, who plays Vicky’s friend, Vidya. The villain in the film is called Mask Man. The identity of that actor is currently kept under wraps.

Directed by Saurabh Verma, Vicky Velingkar is due to be released on 6 December.