Chippa, which was screened yesterday at the New York Indian Film Festival, is a rare film that explores Kolkata by night.

We have seen innumerable films based in Kolkata. But director Safdar Rahman’s Chippa, which was screened yesterday at the New York Indian Film Festival (NYIFF), is a rare film to explore the city by night.

Having been born and raised in the capital of West Bengal, Safdar Rahman wanted to explore the city differently. “As a city, I always found it very charming," he told Cinestaan.com in an exclusive interview. "It has a old-world charm. I wanted to explore it at night as this hasn’t been done much.”

Therefore, the director wanted to stay miles away from clichéd visuals of the city. “We decided we won’t show Howrah Bridge and Durga Puja and still explore the city for the beauty it entails without sticking to cliché. We have used one yellow taxi, but there are flowers on top.”

Rahman said that generally when people think of stories situated in the night, they think of crime or something dark. “We don’t think that if a kid is roaming around in the city at night, what will he see?" he said. "There are also normal people about at night. The characters the kid meets are generally found at night in Kolkata. I feel if you look at the world through the eyes of a kid, it will look a bit different.” 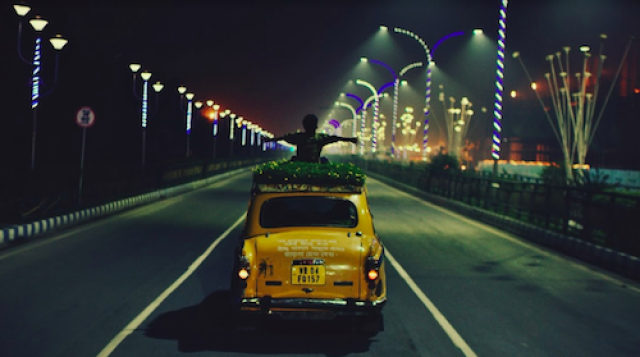 Rahman has a fair deal of knowledge about children since he has been interacting with them for a while now. “I have been working a lot with kids," he explained. "I have taught in school, I have done theatre with them, and I also run an NGO which works for kids. Hence, I am interested a lot in this genre. I had developed this story when I was teaching. It is very tricky to handle kids or get work out of them. But I had some experience because of theatre.”

Chippa tells the story of a child Chippa (Sunny Pawar, who has been nominated for an award at the NYIFF). The film traces his journey as he goes about searching for his missing father with a letter which he can’t read as it is in Urdu.

Rahman rues the fact that we hardly get to see good children’s content in India like we did in the 1980s and 1990s on the state-run Doordarshan, which was the only television channel in those days. “I have realized after interacting with kids that at the end of the day, all they watch is WWE [World Wrestling Entertainment] or some cartoon channel. There was a time when [Satyajit] Ray used to write good children’s stories and films were made on them.”

The filmmaker didn’t have Sunny Pawar in mind initially for the role. He was wondering whether he would find a 10-year-old who could be pretty much in every shot. “I needed a fresh face with some experience. Plus, shoots are not as exciting as they seem [from the outside]. They can be very taxing and boring also. We needed someone who will keep it exciting and keep performing every day, shot after shot. It’s not easy,” he said. 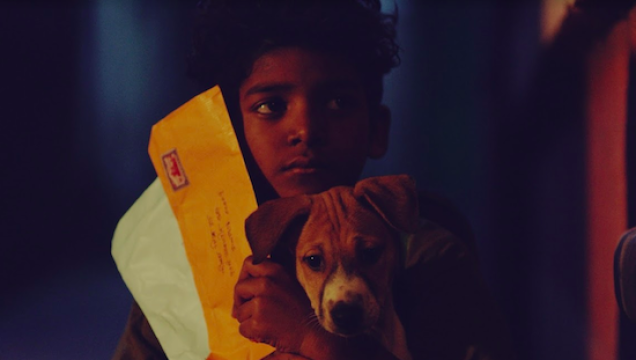 Coincidentally, the Hollywood film Lion (2016) was released when Rahman was musing about Chippa. He and his team went to see the film and were blown away to see Sunny carrying almost half the film on his shoulders. “We realized we had found our actor and now we just needed to get him [on board]," said Rahman. "Thankfully his face is still the same. Kids’ looks generally change soon.”

As fate would have it, Liion's India casting director, Tess Joseph, turned out to be an old friend. She, too, hails from Kolkata. Rahman called her straightaway after watching Lion and said he wanted to cast Sunny in a children’s film. “She said even they were searching for a story to capitalize on Lion for him as stories for children are hardly written. Generally a kid only gets to do a small role, like the younger version of a hero,” he said.

The experience of Lion made things easy for Sunny and Rahman. “He had a clear understanding of why we would need a sixth take. But you can’t teach such professionalism to a small child. He already has it. He has a younger brother and sister, so I guess that’s why he already has a sense of responsibility. He has an inherent wisdom,” said Rahman.

Because of the nature of the story, the unit used to shoot only at night. Hence, Sunny’s sleep cycle was turned upside down. “Sometimes when he couldn’t sleep in the day, he used to get tired while shooting. But he understood the requirement overall. He made my job very easy,” the director said.

Chippa also stars Chandan Roy Sanyal. He makes a late entry in the film but turns out to be a prominent character by the end. Rahman knew him and has been seeing his work since Roy Sanyal was doing theatre.

“From that time, Chandan was always a respected name," he said. "He has worked in Bombay, so his Hindi is very good. At the same time, he is from Kolkata, so there is a certain Bengali flavour that one has always seen in him. We wanted a charismatic human being who comes in the end but becomes an important character.”

Rahman believes the scenario is favourable right now for independent filmmakers wanting to make unconventional films. “With the web opening up, you don’t have an excuse any more. If you wish to make a film, just make it. People keep thinking about funding and don’t make it. Of course, the first step is to have a good story,” he said.