Mahesh Babu on Maharshi: It will break many preconceived notions about me


Ahead of the release of Maharshi, Mahesh Babu spoke about the most fun and and challenging role in the film, teaming up with SS Rajamouli soon and more.

Superstar Mahesh Babu isn’t a wee bit nervous ahead of the release of his forthcoming Telugu action drama Maharshi (2019), which marks his maiden collaboration with filmmaker Vamshi Paidipally. The film hits the screens worldwide on 9 May and Mahesh Babu is super confident that it will break many preconceived notions audiences have had about him over the years.

One of the notions he believes the film has successfully broken is the fact he looks same in all his films. “People have been complaining for a while that I don’t experiment with my looks and appear the same in every film. This time, we have taken this complaint seriously and have addressed it. I have gone an extra mile to be seen playing three distinct roles (a college student, business tycoon and a farmer) and sport different looks in the film and I believe our efforts have paid off,” he said. 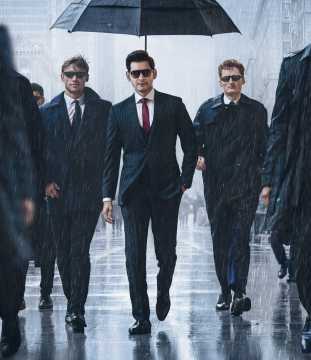 Of the three roles, Mahesh Babu admits it was both fun and challenging to play a college student. “It’s after two decades I’m going back to college. This was not some five minute college portion which we could get by with. Vamshi told me the college portion will last for about 45 minutes and as excited as I was about playing a student all over again, I wanted to be sure we could pull it off confidently. Initially, I found the idea of playing a college-goer exciting, but as we started shooting, I really had to convince myself to get into the skin of the character,” Mahesh Babu said, dismissing rumours that the college portion has been inspired by Aamir Khan’s 3 Idiots (2009).

Maharshi trailer: Mahesh Babu is on a journey to rule the world

Maharshi is the story of Mahesh’s character called Rishi. The trailer features a dialogue that goes — life is a journey but not a destination; there should be no full stops, only commas. “The theme of the film is about material success versus emotional success. I was quite touched by this line and literally blown away after I heard 40 minutes of narration from Vamshi,” said Mahesh Babu, who was initially reluctant to sign the film.

“When Vamsi first came to narrate the script, I thought I’ll listen for 10 minutes and decline the offer as I had two other commitments. After I heard 20 minutes of the narration, I wanted to do the film but told Vamsi he might have to wait till I complete my next two projects. He said he will wait as he can’t picture anyone else in this story. Vamshi patiently waited for two years and another year to start and complete the film. It’s rare for a director to wait for such a long time with a good script. Usually, they wait for a couple of months and then find another hero to start their project. I’ll always be thankful to Vamshi for waiting for me,” he said. 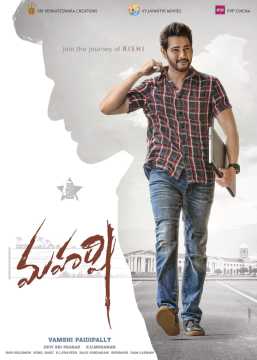 Talking more about the film, the son for veteran actor Krishna said that it packs a very important social message. “The film has a powerful social message, which I think will influence people. I had tears in my eyes during dubbing because the inspiration [behind the] story is loaded with essential humanism and sincere emotions. I'm really pleased with the output and I believe the film is going to be a blockbuster,” he said, heaping praise on his director.
“I find Vamshi to be an honest filmmaker. In the two years he waited for me to complete my commitments, he reworked on the script so many times with his writers Hari-Solomon. He was constantly thinking about the project even before we could start shooting. It shows his level of involvement and commitment.”

Asked how it feels to complete 25 films in his two decade long career, Mahesh Babu said that he’s glad he hasn’t become complacent. “As an actor, I haven’t become complacent, but refused to compromise on the script and want all my directors to arrive with a bound script. It doesn’t make sense to do too many films today as the economics of cinema has changed drastically. Today, the stakes are high on our films and we need to put in a lot of effort to reach the expectations. The lack of quality scripts is yet another reason for me to do only one film at a time,” he explained.