Spare some land for museum in RK Studios: IFTDA's appeal to Godrej Properties


The president of the Indian Film & Television Directors' Association Ashoke Pandit has written to the firm.

Last week, Godrej Properties bought the iconic RK.Films & Studios at Chembur in northeast Mumbai. The news saddened cinema lovers across India because the studio has had a lion’s share in Hindi cinema's history over the years under the leadership of its founder and the late legendary film personality, Raj Kapoor.

The place will be turned into luxury residential complexes by Godrej Properties. But, to keep the cinematic legacy of the place alive, the Indian Film & Television Directors Association (IFTDA) has requested the firm to keep a place aside in the complex for a museum on Raj Kapoor.

“It is our humble appeal to you on behalf of the film industry in general and Indian Film & Television Directors’ Association fondly called IFTDA in particular to spare some area from the 33,000 sq metres, for Raj Kapoor’s museum, which will refresh the memories of Raj Kapoor for the coming generation. The soul of Raj Kapoor still lives in RK Studios and will give laughter, pathos to the people living [sic],” said the letter from IFTDA signed by its president Ashoke Pandit. 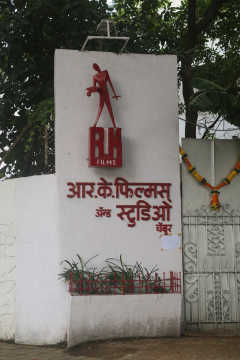 Reacting to the deal with Godrej Properties, Randhir, son of Raj Kapoor, had told the news agency PTI, “This property in Chembur has been of tremendous significance to my family over the many decades that RK Studio operated from there. We... have chosen Godrej Properties to script a new chapter for this location and build upon its rich history.”

The last production under the iconic banner was Rishi Kapoor's directorial debut, Aa Ab Laut Chalen (1999). Raj Kapoor's last film was Henna (1991), which was completed by Randhir after the filmmaker died in June 1988. RK Studios did not produce another film after 1999 and the floors were mostly given on rent for shooting television serials.