Half the story of a film is revealed due to promotions: Sudipta Chakraborty


In a candid chat, Chakraborty shared her experience of working in Jyesthoputro and offered a few anecdotes about her career and personal life.

Sudipta Chakraborty is an actress of exceptional calibre. She won the National Award for her film Bariwali by Rituparno Ghosh in 2000. Daughter of eminent theatre and television actor Biplab Ketan Chakraborty, Sudipta has done significant number of films over the years and has always been wise in choosing scripts that can explore her spontaneous acting prowess.

The actress was recently in Suman Ghosh’s Basu Paribaar (2019) and Kaushik Ganguly’s Jyeshthoputro (2019), originally conceived by Ghosh and featuring Prosenjit Chatterjee and Ritwick Chakraborty in the lead. Referred to as one of the busiest actresses of her generation by Chatterjee, Sudipta in a rather humorous mood, likes to call herself unemployed. However, soon she will be seen in Debarati Gupta’s Onek Diner Pore and Sudeshna Roy and Abhijit Guha’s Samsara.

In a candid chat, Chakraborty shared her experience of working in Jyesthoputro and offered a few anecdotes about her career and personal life.

Kaushik da’s unit is extremely well-equipped. In every department, the technician knows his or her job, which is very important for an actor. There is no confusion regarding anything and it helps a professional a lot. See, while shooting, an actor enters the scene at the end. Before that, a cinematographer completes his or her job regarding location, costume meetings are done and then the actor makes an appearance. In that case, if everybody is in tune, it becomes easy for an actor to work. Kaushik da’s unit is more than perfect in this matter.

While shooting for Jyeshthoputro, everything was in place. Kaushik da was only a bit confused about my look. Though my look tests were done and everything was being carried out according to his wishes as he wanted me to have a few strands of grey hair, he was not satisfied and did a lot of experiments with my hair. He was standing throughout in front of the makeup van till my look was done perfectly.

Jyeshthoputro is primarily a story of two siblings, but your character has a lot of contribution in their strained equation.

See, these days, we need to tell a lot of things about the film before it finally hits the screens. Earlier, promotions were not there and we used to go to watch a film only knowing the name of the film or the director. We used to have the film unfolding its story before us in the theatre itself. Now, almost half of the story is revealed. How much can we actually hide in the promotions that take place for one or two months?

Moreover, Kaushik Ganguly hates people knowing the surprise elements of the film. For this particular reason, he cautiously did not reveal much regarding my character so that it can be discovered in the theatre and stressed upon the story of two siblings. In the trailer also, my character appeared as of a mystery woman — which I consider to be the touch of a very efficient director.

Now, whether the story is of two siblings, people have discovered in the theatres. The story is not only about two brothers. Only because of promotions, we have to tell certain things repeatedly.

Do you think that the concept of a character actor and lead actor is getting blurred in Bengali cinema?

I have been wanting it to blur for a long time. Lead actors are also performing in certain characters. Prosenjit Chatterjee is also performing the character of a jyeshthoputro [elder son]. Do they not play characters? This whole term means nothing to me because every actor has to play a character. We have only invented these terms for the sake of our own convenience.

But, yes, I think, in terms of recognition and popularity, these distinctions are getting blurred and the situation is changing gradually.

We generally see you playing very earthy characters that are very relatable, have a lot of complexities and of course are very realistic. Don’t you want to play glamorous roles that might not have much depth? 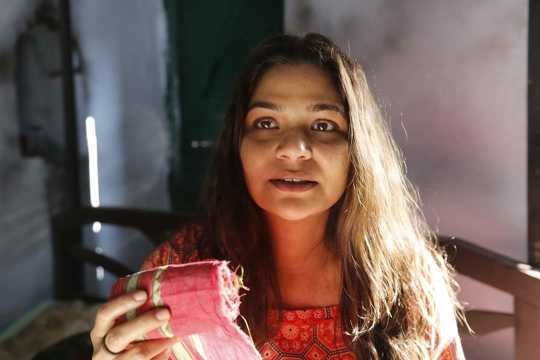 I want to play each and every kind of role, there is no such character that I don’t want to play. But the characters need to go with my appearance. For example, I won’t fit into the character of a supermodel. In a very unusual circumstance, even if I have to portray the character, I will work on my physical appearance and I will have to be given time for that.

This is one of the questions I repeatedly encounter. I am especially coming across this kind of responses after Jyeshthoputro. See, what I basically feel is that any film industry is basically operated from a capital city and actors who work in the films also hail from the urban life. I think, there are always a lot of options when it comes to playing urban characters.

On the contrary, when the character is sketched on a different background then the options become less and it requires a skillful and good actor. It is very easy to adapt into urban characters even if there is not much finesse in the acting skill. It becomes rather challenging to play a character that is marginalised or a subaltern, which normally we are not. It requires an actor, who can negate his or her urban identity and for this reasons, the options become narrow. This is my analysis. I might be wrong.

I am happy that my upcoming film Onek Diner Pore will be releasing on 7 May. In that film, I play an urban character, who is a snob, looks down upon Bengali language and resorts to English vocabulary every now and then.

You are  an exceptionally talented actress. Have you never wanted to step out of the Bengali film industry and explore your talents more?

I always feel like working in different film industries. I also want to see myself in films of different languages. Of course, I am to blame for this. I operate from a regional market and if I really want to go national, I will have to push myself, which I cannot bring myself to do. I am bound by personal commitments, my family is here, I have got married and now I have a baby as well. It becomes difficult to widen the horizon because there is always a demand to stay in the location, concerning a film industry. I have never been able to go out and introduce myself – which is quite important. I lack the initiative and I'm basically lazy! (Laughs)

Are you equally active in theatre?

I have always been quite fascinated with stage and I still am. I do stage theatre but overall I feel Bengalis have gone through certain transformations which have also left adverse effects on Bengali theatre. Of course there are exceptions and certain directors are doing interesting work and I really look forward to working with them. Honestly, I cannot afford to invest my full time in theatre as my father did ignoring his family life and everything else. I prefer stage as a medium of acting because we cannot ignore the fact that it is very difficult to take up theatre as a profession in here. I can only satisfy myself with the acting part.

Can you really make distinction between your personal and professional life since your husband has also turned into a filmmaker and you already hail from a family belonging to the entertainment business?

I have seen my father on stage and on television since my childhood. My mother is a dancer and is still a member of the Calcutta Choir. I have performed in the Calcutta Choir with my mother since childhood. I have grown up with stalwarts including Ajitesh Bandopadhyay, Hemanga Biswas, Salil Chowdhury. This has all been part of my journey. I remember, in my childhood, my friends used to go to the Nicco Park but we used to go the Academy of Fine Arts to watch plays. For me, watching my sister (Bidipta Chakraborty) on screen is nothing new. My brother-in-law (Birsa Dasgupta) is a filmmaker and in-laws are illustrious personalities as well.

Abhishek [Saha, husband] was only into ad films when I got married to him, but he has also now turned into a filmmaker. I am so glad that he has created a buzz with his first film (Uronchondi). It is quite a stir for a debut filmmaker. He is now under immense pressure because he has to live up to the expectations. People have already decided that my daughter will be an actor. I will not put any pressure on her. She can become whatever she wants.

How much do you miss Rituparno Ghosh?

I miss Ritu da as a director, screenwriter and a human being the most. We always used to have discussions on various personal and professional issues. Ritu da had such a unique quality that I feel thousands of people felt they lost a relative on the day of his demise. I miss the director for sure, his gharana of filmmaking that invested so much in detailing. Also, I have always felt that Ritu da was a greater screenwriter than a director.