The prime real estate will be used to construct luxury flats with part of the space being reserved for retail.

After the fire that ravaged the premises in September 2017, the Kapoor family had decided to sell the iconic RK.Films & Studios at Chembur in northeast Mumbai.

The family has finally found a buyer, Godrej Properties. This was confirmed by the realty firm as well as by actor Randhir Kapoor, eldest son of the late founder Raj Kapoor.

The real estate developer will use the land to develop luxury flats and also for retail space. “This fits well with our strategy of deepening our presence in key locations across India's leading cities," Godrej Properties executive chairman Pirojsha Godrej told the Press Trust of India news agency. "We will seek to ensure we celebrate the remarkable legacy of this site with the goal of delivering an outstanding lifestyle for its residents.”

“Spread across 2.2 acres, this project will offer approximately 33,000 square metres (about 0.35 million square feet) of saleable area comprising modern residential apartments of various configurations as well as a luxury retail experience," the company said in a statement.

Randhir Kapoor said, "This property in Chembur has been of tremendous significance to my family over the many decades that RK Studio operated from there. We... have chosen Godrej Properties to script a new chapter for this location and build upon its rich history.” 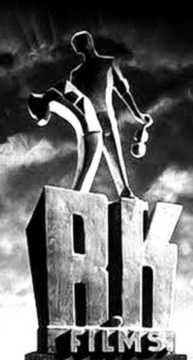 The last production under the iconic banner was Rishi Kapoor's directorial debut, Aa Ab Laut Chalen (1999). Raj Kapoor's last film was Henna (1991), which was completed by son Randhir after the filmmaker died in June 1988. RK Studios did not produce another film after 1999 and the floors were mostly given on rent for shooting television serials.