The most exciting phase of my career: Kajal Aggarwal on Sita and Indian 2


Kajal Aggarwal opens up on her latest Telugu film Sita, working with director Teja, and why she is excited about the Kamal Haasan-starrer Indian 2 and Paris Paris, the Tamil remake of Queen (2014).

Kajal Aggarwal is one of the few Southern actresses who has managed to stay relevant and in demand for over a decade. With the release of her Telugu film Sita, Kajal Aggarwal opened up in a conversation with Cinestaan.com on the experience of playing a character with multiple shades and why she is excited about Kamal Haasan’s Indian 2 which, she assured us, has not been shelved.

Sita marks Kajal Aggarwal’s reunion with director Teja. This is their third project together. It was Teja who had launched Aggarwal in Telugu cinema with Lakshmi Kalyanam (2007).

Though their latest project took a while to materialize, Aggarwal immediately gave her nod when she heard the script. “Teja sir narrated the script of Sita a few years ago and I was blown away by my character," she said. "Unfortunately, the project didn’t materialize immediately as both of us were preoccupied with some commitments.

"He pitched the script again while we were shooting Nene Raju Nene Mantri (2017) and this time I told him very clearly that I want to do the film at any cost,” said the actress who described the film as a woman-centric thriller with good scope for performance.

When the film’s title was announced, some people wondered if Teja was making a modern adaptation of the Ramayana and narrating it from the woman’s perspective. Aggarwal clarified that the film has no mythological connection. 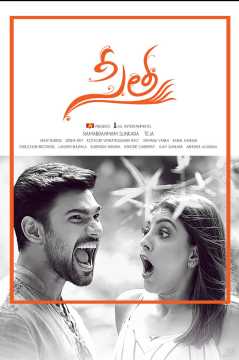 "This film is about relationships and ambitions," she said. "It throws the spotlight on each person wanting to make it big in their lives and at what cost. Sita is a representation of today’s girl and how she is as career-oriented and ambitious as anybody,” she said, praising the director for naming the film after her character.

"The story is about Sita and how she deals with the relationships in her life," she said. "There can’t be a more apt title than Sita and I’m glad Teja sir thought it was fitting. I feel times are changing and filmmakers are not using any title for a film just for the sake of it.”

On the experience of working with Teja, best known for films such as Jayam (2002) and Nijam (2003), Aggarwal said: “Teja sir offers me the best roles. Be it Lakshmi Kalyanam or Nene Raju Nene Mantri, audiences still remember my characters from these films because that is the kind of impact they have left.

"My role in Sita has many shades and it was very challenging because I have never had the opportunity to showcase so many dimensions in a single character. Sita as a character is very close to my heart and it’s a once-in-a-lifetime opportunity I could essay such a role. I’m really curious to see how the audiences react to Sita.”

The film also stars Bellamkonda Sreenivas, Sonu Sood and Mannara Chopra, among others. Having already shared screen space once with Sreenivas, who is eight years younger, Aggarwal said the age gap does not bother her and they share a great compatibility.

“He is a very friendly co-star," she said. "We broke the ice when we worked together in Kavacham (2018). I am glad this was our second film. Because I think it kind of helped us.

"Sai’s character is very challenging. His is a character that is difficult to understand and perform, but he owned it comfortably. I think he has done a splendid job. He really raised the bar for himself.

"I think Teja sir wanted someone who looks vulnerable and at the same time macho. Now that’s a rare combination and he [Sreenivas] fits the bill perfectly.”

With a project each in Telugu and Tamil in the offing, Kajal Aggarwal is set to begin working on Kamal Haasan’s Indian 2 (2019), which will see her join hands with the veteran actor-politician as well as filmmaker Shankar for the first time.

Days after she was signed up for the project, Aggarwal had said in an interview that she sees signing Indian 2 and sharing screen space with Kamal Haasan as a step up in her career. 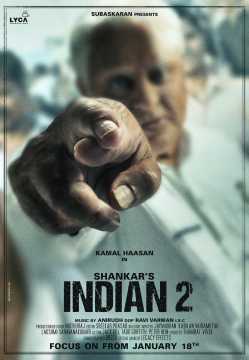 Amidst rumours that the project has been shelved over budgetary issues, the actress confirmed that she would begin shooting from June. "I start shooting for my portion on June 1," she said. "The team is determined to make the film on a grand scale. I am excited to be part of the project and am eagerly waiting to work with Kamal sir.”

Aggarwal also gave an update on her other Tamil film Paris Paris, a remake of the Kangana Ranaut-starrer Queen. “I’m waiting for the film to be released," she said. "I am not sure why it’s stuck but I hope it comes out soon. I have played the character very differently from the original.”