Saaransh, which was released on 25 May 1984, saw Kher and Rohini Hattangadi play senior citizens. Kher was in his late twenties at the time and Hattangadi in her early thirties.

The parallel cinema movement was at its peak in the early 1980s, an exciting period for filmmakers like Shyam Benegal and Govind Nihalani who gave viewers one unconventional film after another.

Mahesh Bhatt’s acclaimed Saaransh (1984) was one among that class of films. This might come as a surprise to the millennials who know of Bhatt's banner for churning out a series of Emraan Hashmi films.

Saaransh was the story of an aged couple, BV Pradhan (Anupam Kher) and his wife Parvati (Rohini Hattangadi) who lose their young son in one of those routine and senseless shooting incidents you still hear about in the United States.

Even as they are trying to come to terms with their loss, struggling actress Sujata (Soni Razdan) enters their house as a paying guest. Sujata is in a relationship with boyfriend Vilas (Madan Jain) and one day she finds out she is pregnant. Parvati, still trying to cope with her grief, is convinced the unborn child is a reincarnation of her son. Pradhan, an atheist and rationalist, disagrees.

The sexagenarians soon have a far bigger problem to deal with. Vilas’s father, Gajanan Chitre, a politician, wants the foetus aborted by hook or crook as elections are looming and he does not want a scandal to taint his campaign.

As Saaransh completes 35 years today, we bring you seven interesting facts about the film. 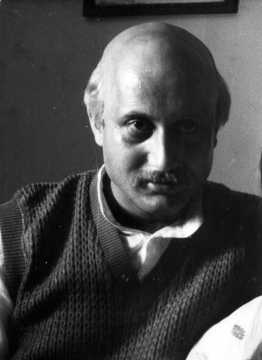 1. Anupam Kher made his acting debut in Hindi cinema with this film. Kher was just 28 at the time, but he portrayed the lead character, who is in his mid-sixties, so convincingly that many refused to believe he was not an old man in real life. Kher won the Filmfare award for Best Actor for this role in 1985.

Not many may know today, however, that the makers had second thoughts after signing Kher for the role and wanted to replace him. Thankfully, that never happened and the rest, as the saying goes, is history.

Interestingly, Rohini Hattangadi also played a senior citizen though she was just in her early thirties at the time. But she had already played the young and old Kasturba in Richard Attenborough's multiple-Oscar-winning classic Gandhi (1982), so it did not come as so much of a surprise to audiences.

Hattangadi was nominated for the Filmfare award for Best Actress in 1985 for her performance but lost out to Shabana Azmi in Bhavna (1984). 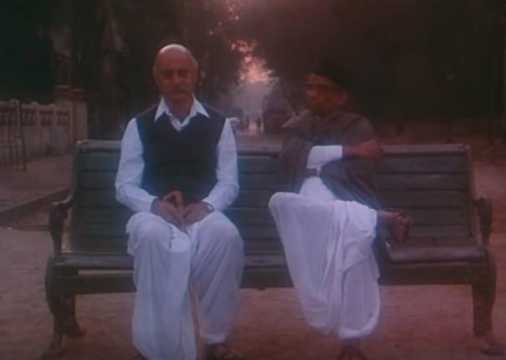 2. The story of Saaransh revolves around the death of a couple’s young son in an incident of senseless violence in New York, USA. Bhatt found inspiration for the story from the death of the son of his own spiritual guru, UG Krishnamurti.

He also took inspiration from another incident where the young son of a Maharashtrian couple was killed in New York. Bhatt had witnessed the mother of the young man asking a guru if her son would ever be reborn.

3. Saaransh is the only Hindi film to have been shot extensively in central Mumbai’s iconic Shivaji Park area. Before this film, Basu Chatterjee had shot some scenes in the area for his classic, Chhoti Si Baat (1975), starring Amol Palekar, Ashok Kumar and Vidya Sinha.

In the book Director’s Diaries, Mahesh Bhatt told author Rakesh Anand Bakshi that his childhood was also spent in Shivaji Park and he wanted to immortalize the building where he had lived. 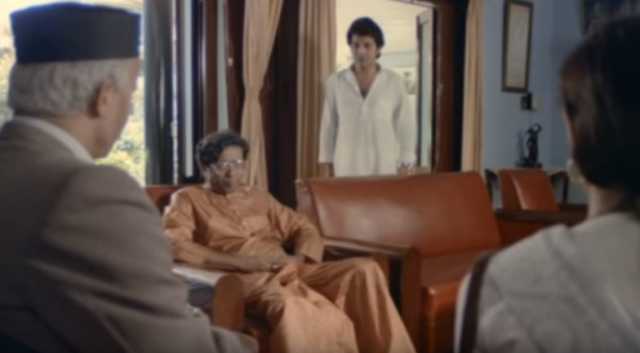 4. In the film, veteran actor Nilu Phule plays Gajanan Chitre, the head honcho of a rowdy political party who is always seen in saffron clothes. There has been speculation that his character was loosely based on the late Shiv Sena chief Bal Thackeray. Also, the surname Chitre rhymes with Thackeray. Not surprisingly, there has never been any official word on this. 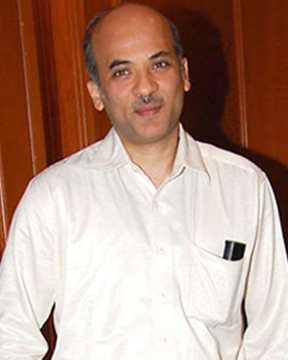 5. Sooraj R Barjatya and David Dhawan, successful filmmakers from the 1990s onwards, were also important parts of the Saaransh crew. Barjatya was an assistant to director Mahesh Bhatt while Dhawan was the film’s editor. Saaransh was produced by Tarachand Barjatya’s banner, Rajshri Films.

After becoming directors, Barjatya and Dhawan have specialized in very different genres. Barjatya has concentrated on family dramas while Dhawan made a name for himself with laugh-out-loud commercial comedies. 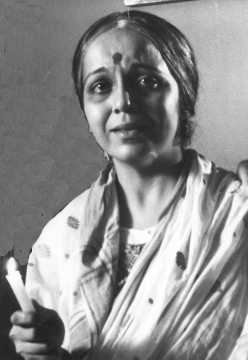 6. Interestingly, Saaransh rubbishes the popular Hindu belief in reincarnation, something that Tarachand Barjatya did not initially approve of. Bhatt has spoken about this disagreement in Rakesh Anand Bakshi’s book. He said, “I told him [Barjatya] I will not change my script to suggest the baby [in Razdan’s womb] is a reincarnation of his [Kher’s] dead son. And Tarachandji was so angry with me. ‘So you know more than the saints and sages of India?’ And I said, ‘No! But this is what my belief is and I will stick to it’.” 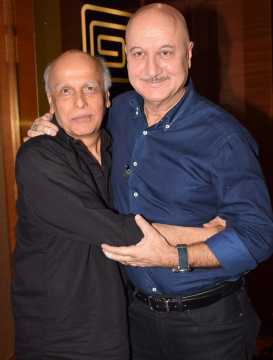 7. As Mahesh Bhatt gave him his first role in Hindi cinema, that too as the male lead, Anupam Kher considers him his guru. And in keeping with the Indian guru-shishya parampara, Kher gives him a token amount as guru dakshina (teacher's fee) whenever he signs up for a film.

Kher had revealed this in an interview many years ago. Speaking about their association, he has said on The Anupam Kher Show that on quite a few occasions he has dropped Bhatt home late at night when the director was drunk.