Filmmaker Mani Ratnam recounts how he simply turned a forced break in Yuva's shooting schedule to his advantage.

Filmmaker Mani Ratnam is known for trying different subjects and giving his own special touch to them. He picked up the surprising subject of student politics for Yuva (2004), which starred Ajay Devgn, Abhishek Bachchan, Vivek Oberoi, Rani Mukerji, Kareena Kapoor and Esha Deol.

The film narrated three stories taking place in Kolkata. Lallan (Bachchan) is a good-for-nothing rogue who keeps going in and out of prison for his criminal activities. Despite his background, Shasi (Mukerji) is in love with him and leaves her home to marry him. 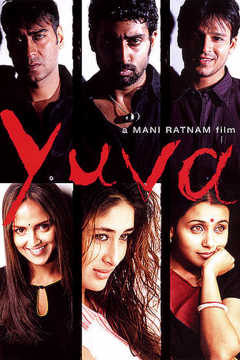 Michael Mukherjee (Devgn) is a student leader who wants to bring about change in society. He is involved in various welfare activities.

He meets Arjun (Oberoi) by chance. Arjun is a young man who just wants to enjoy life and is not concerned about the country or society. He is eager to migrate to a foreign land and live a cushy life. But Arjun is drawn towards Michael’s social activities and becomes an integral part of his group.

One day, the paths of Michael and Arjun meet with Lallan's. What happens next?

Yuva was no blockbuster, but the film received audience appreciation and critical acclaim. It is still remembered by fans for Bachchan’s powerful performance as Lallan.

Director Mani Ratnam also went ahead of the time with his narration technique, presenting the three stories one after the other and merging them in the end.

Mani Ratnam was so fascinated with the story that he also made a Tamil version titled Aayitha Ezhuthu (2004). The characters played by Bachchan, Devgn and Oberoi in the original were played by R Madhavan, Suriya and Siddharth, who was to become famous all over India with Rang De Basanti (2006). 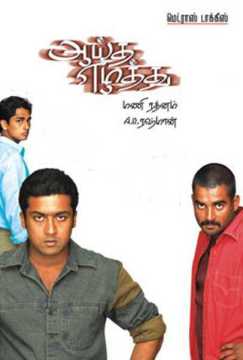 However, Mani Ratnam had not originally planned on having a Tamil version. It just happened. On the 15th anniversary of Yuva’s release (the film was released on 22 May 2004), we decided to revisit the story of how the Tamil version came about, narrated by the great filmmaker himself to renowned film critic Baradwaj Rangan in his book, Conversations With Mani Ratnam.

Mani Ratnam said a simultaneous Tamil version wasn’t planned until they were shooting the climax of Yuva on Howrah Bridge. “It was planned first as a Hindi film and we had shot 70% of it," he told Rangan. "We were shooting the climax, when we had this accident with Vivek Oberoi on the bridge. His leg was broken and he was laid up for a few months.”

Mani Ratnam had been toying with the idea of a Tamil version and had spoken to both Madhavan and Suriya earlier, but he wasn’t sure he would be able to go ahead and actually do it. “But when this accident happened, there was a three-to-four month gap in the shooting schedule," said the filmmaker. "I asked them whether they were interested.”

As Madhavan, Suriya and the rest of the Tamil cast came on board, Mani Ratnam went ahead with the shooting of Ayitha Ezuthu. Recalling the experience, the director added, “The story was about three people. It was in three sections. Each actor was required only for a limited number of days. So we could shoot the Tamil version in that gap, while Vivek was recovering, and then we completed the Hindi version.”

Explaining how the story was relevant even in Chennai, he said, “It’s a city-based story. It could easily be relevant here [in Chennai] because politics is such an integral part of student life here. People are conscious of it. And it’s from here that my story really came up. Actually, the story of Suriya’s track was something that had been in my mind for a long time. It’s based on a real-life incident.”

Mani Ratnam also revealed that he is not a fan of dubbed movies, so dubbing Yuva in Tamil was out of the question for him. “The trouble with dubbing is that after some time, it becomes clear that it’s dubbing," he explained. "There are things that don’t really stand up.”

Looking back, Mani Ratnam said he would probably never have made the Tamil version if Vivek Oberoi had not broken his leg in the accident. “I was hesitant," he admitted. "I was not sure I would be able to pull it off. But this accident with Vivek opened that door. That’s how we jumped into it. If Yuva had gone as per schedule, I don’t know if I would have had the energy to do it all over again in Tamil.”

As fate would have it, Aayitha Ezhuthu became a big hit, not so much Yuva.