Bachchan will be playing himself in the film directed by Milind Lele.

It’s a light-hearted film where Bachchan, who completes 50 years in the film industry this year, will team up with Gokhale.

Bachchan will be playing himself in a guest appearance. He earlier had a cameo in the Marathi movie Akka (1994), where he appeared in the song ‘Tu Jagati Adhipati’ with wife Jaya Bachchan. 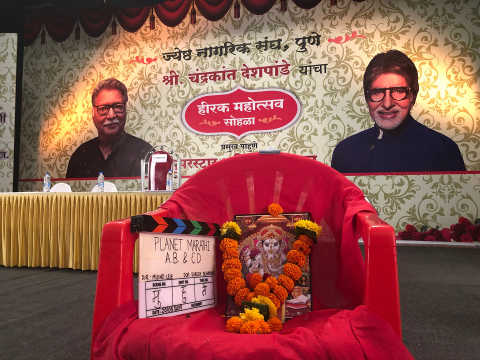 First-time producer Akshay Bardapurkar spoke about the film's title and told Mumbai Mirror, “AB is, of course, Amitabh Bachchan and CD is Chandrakant Deshpande, enacted by Vikram Gokhale. Mr Bachchan plays himself, a superstar in his 70s. Vikramji’s character’s family is planning a bash for his 75th birthday in this family comedy, which encompasses the journey of the leads who have known each other for [several] decades.”

Bardapurkar also shared how he got Bachchan on board for the film. “I narrated the script to him two months ago. He loved it and on Vikram Gokhale’s request immediately accepted the film as he has not ventured into this territory before. But we have to rush to get this done now because after July, he is not free for the next six months,” he said. 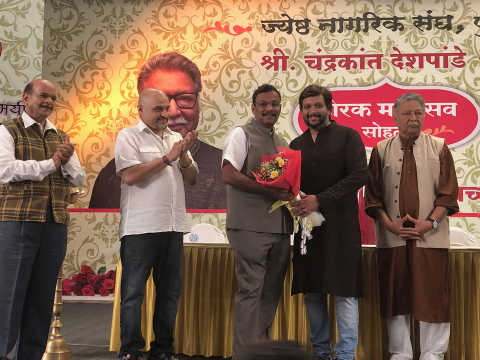 Bachchan is finishing work on Nagraj Manjule's Jhund (2019) and then goes to shoot for Rumi Jaffrey's Chehre (2020) and Shoojit Sircar's Gulabo Sitabo (2020).

AB Ani CD will be shot in a start-to-finish schedule in Pune from the first week of June and wrapped up by mid-July. The makers are aiming to release it in December.

Bachchan and Gokhale have starred together in the cult film Agneepath (1990). Bachchan’s iconic ‘Vijay Dinanath Chavan’ scene featured him and Gokhale together.